Complete Set of 4 nos of postage stamps on the Greetings : 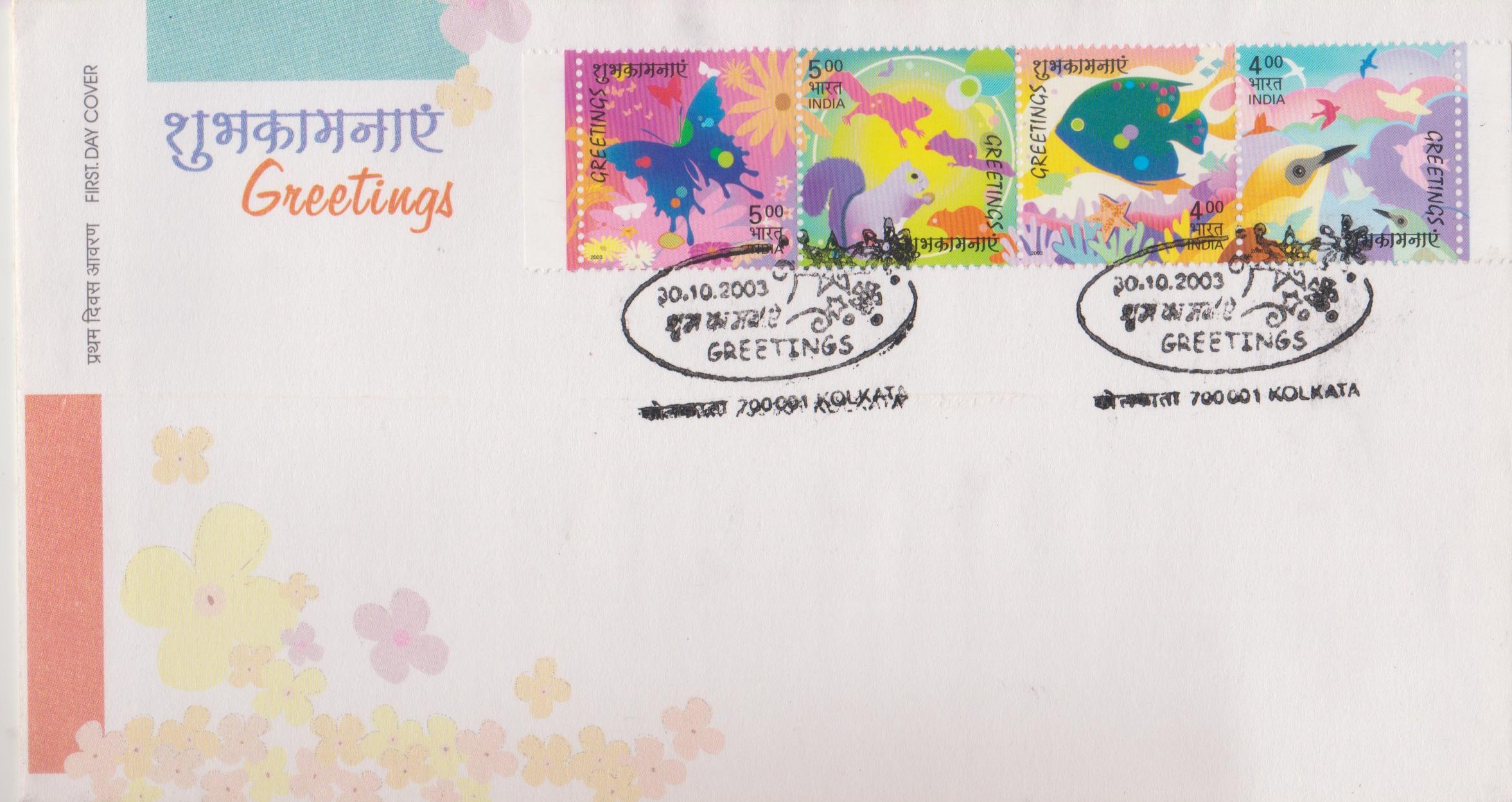 Issued for : The Department of Posts joins in the festive season by bringing out a set of four special stamps on the theme of Greetings. Happy Celebrations!