A Miniature Sheet consisting of 2 nos of commemorative postage stamps on the Buddhist Temples : 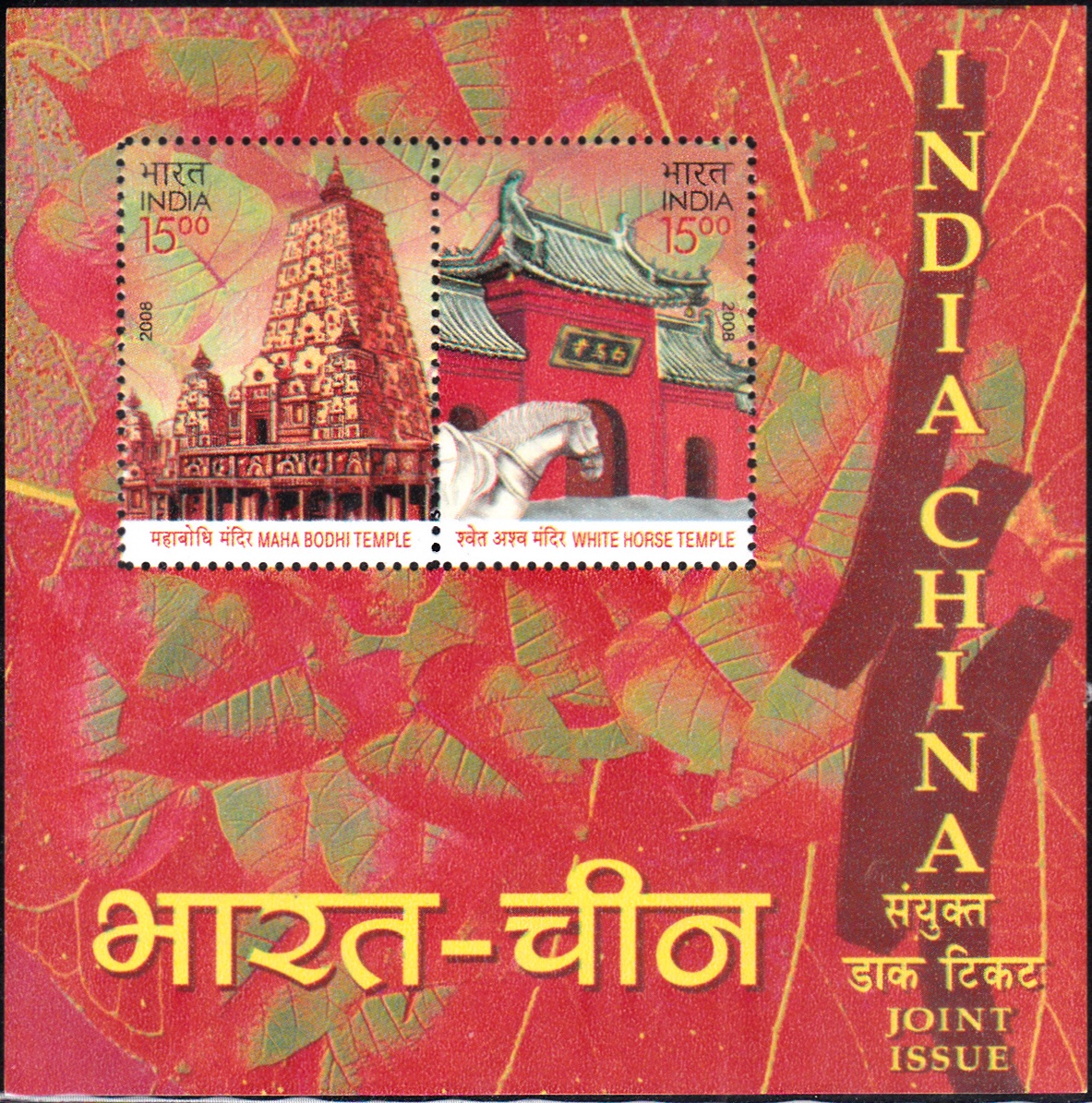 Issued for : The Department of Posts commemorates the bilateral relations between India and China with the release of this set of two stamps depicting the Mahabodhi Temple and the White Horse Temple. Of added philatelic value is the miniature sheet the background of which depicts leaves of the Pipal tree. The Pipal tree (Asvattha, Ficus religiosa) is a significant epitome of Buddhist tradition as it was at the foot of this tree that Gautama Buddha obtained his Bodhi or enlightenment.