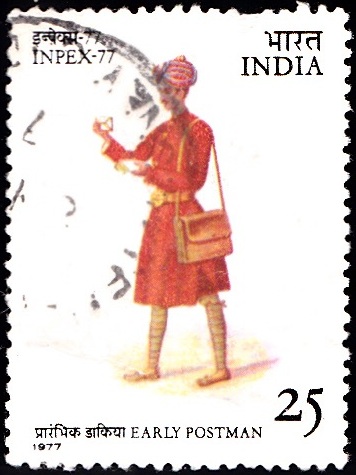 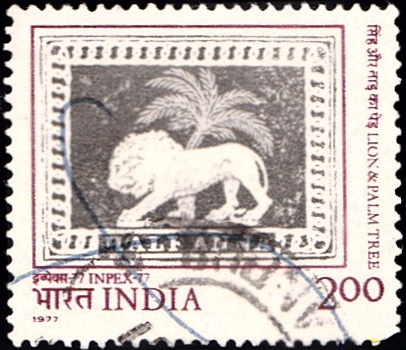 Issued for : The Indian Posts and Telegraphs Department is happy to bring out two postage stamps on the occasion of the Third India National Philatelic Exhibition on October 12, 1977.

Design : The stamp in Rs. 2 denomination has for its motif a reproduction of the famous ‘Lion & Palm Tree‘ design which was never brought into use. One of the two essays prepared at the Calcutta Mint in 1853 had this design which was roughly copied from Wyon‘s design for Gold Mohur. A die of this design was engraved and experiments were carried out at the Mint to produce embossed stamps. A second and somewhat similar die was also engraved in 1853 and essays in various colours and on various papers were printed from this die. The stamp reproduces one of the colour trials from die II of this design which is on display in the National Philatelic Museum, New Delhi.

The stamp in 25 paise denomination depicts an early Postman of Punjab. The photo adopted for the design of the stamp is taken from ‘History of the Post Office‘ by I. Hamilton.