A Miniature Sheet consisting of 2 nos. of postage stamp on the India–89, World Philatelic Exhibition : 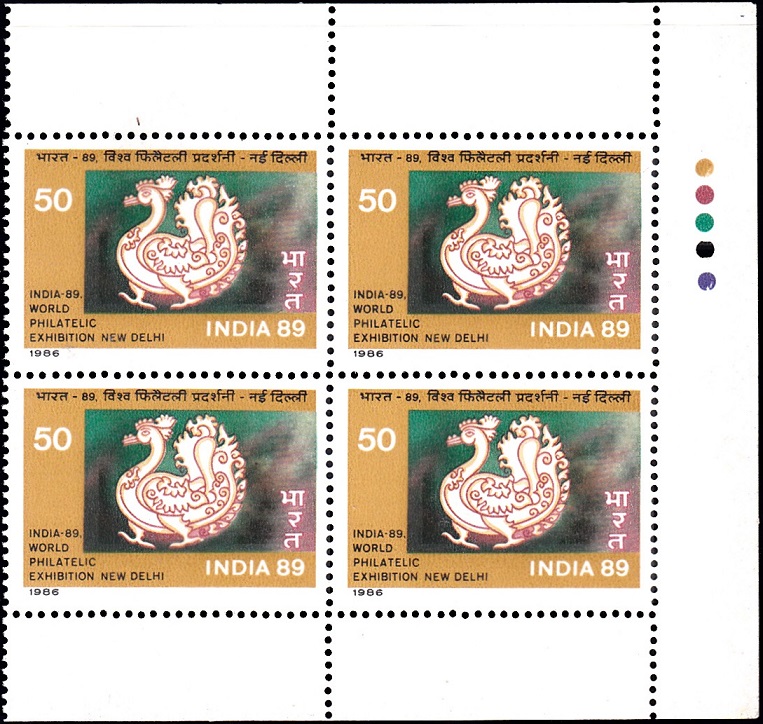 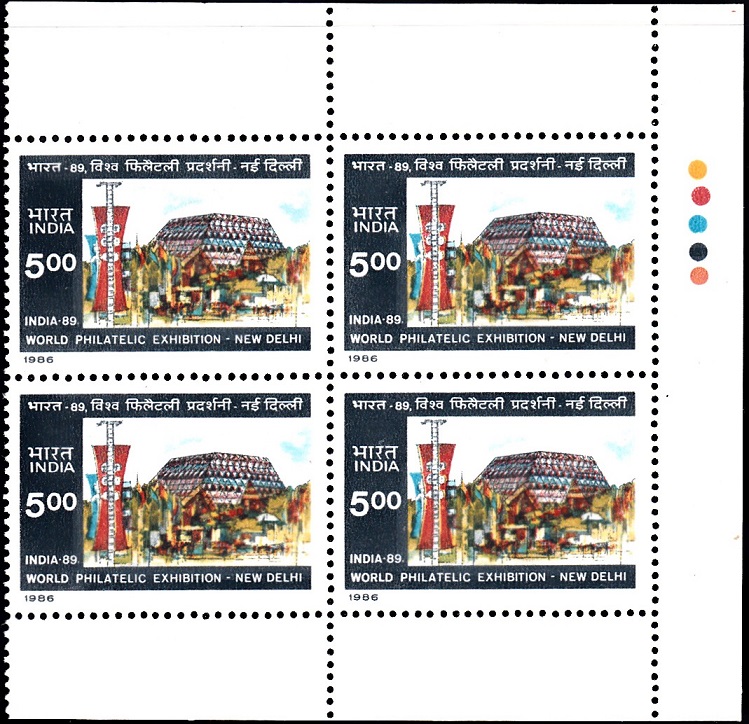 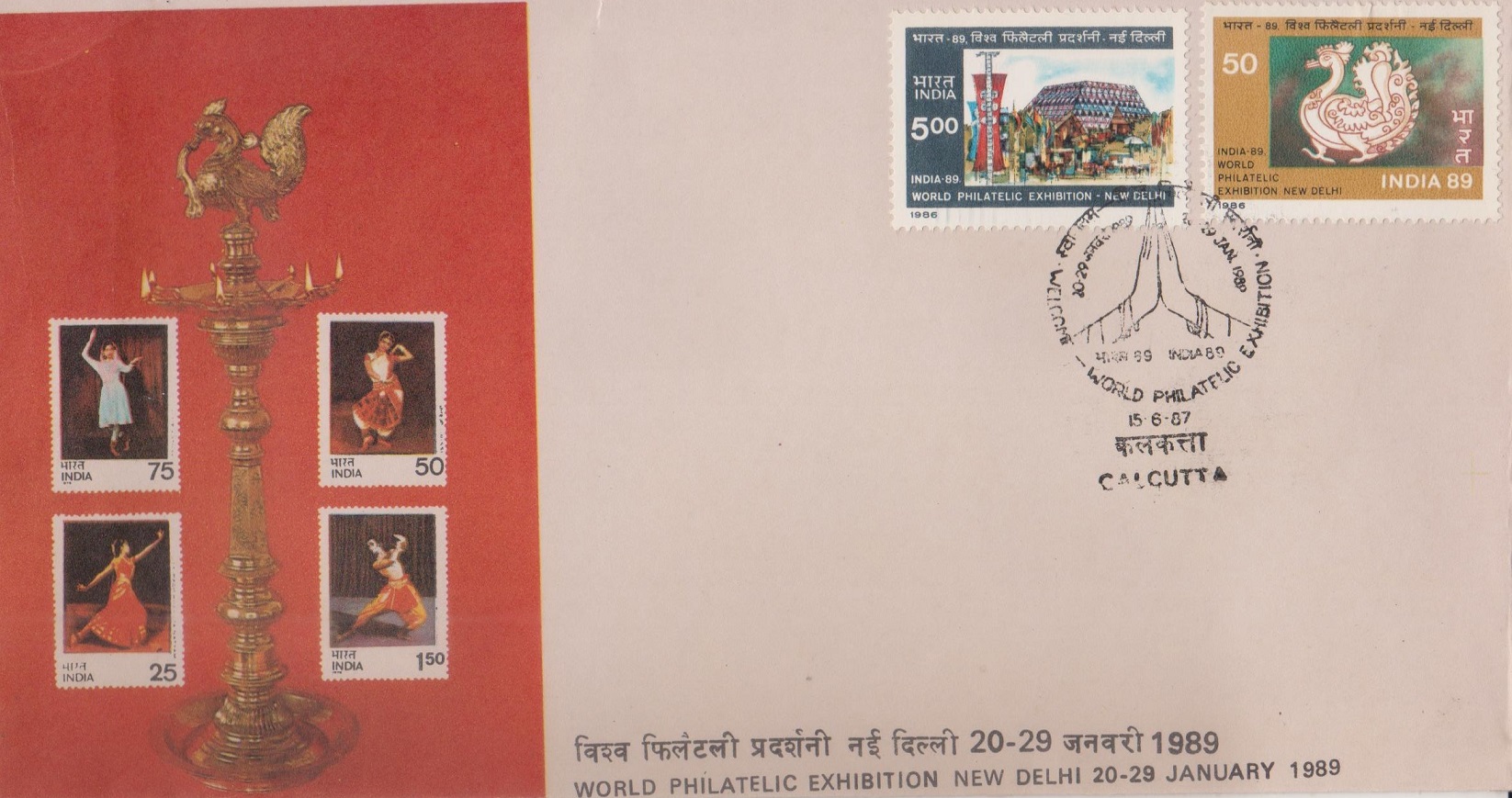 Issued for : To herald the announcement of this prestigious exhibition, the Department of Posts is proud to bring out two special stamps.

Description of Designs : The first stamp depicts the Logo of the exhibition and the second the Venue of the exhibition. The Logo is a stylised Swan adapted from a stone motif of the 14th century Lepakshi temple in Andhra Pradesh. The Swan has traditionally been regarded as a messenger and harbinger of good news. The other stamp on the Venue is an artist’s impression of the Hall of Nations which is the most prestigious building in the sprawling Pragati Maidan exhibition ground of New Delhi. Both the stamps had been printed in 1986 by the ISP, Nashik and kept in readiness for release. The Logo has been designed by Mrs. Alka Sharma. The multicolour stamps in the denomination of 50 P and 500 P depicting the Logo and the venue have been designed by Sh. Pulak Biswas. The First Day Cover has been designed by Smt. Alka Sharma. The Cancellation and the Miniature sheet have been designed by Miss Nenu Bagga.