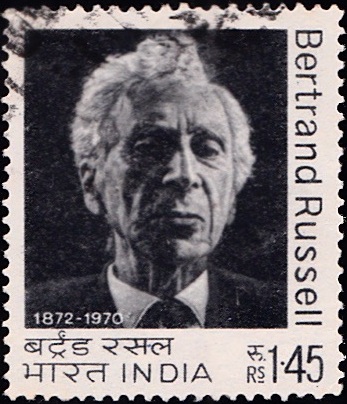 Design : The photograph of Bertrand Russell has been reproduced in the stamp with the courtesy of M/s Keystone Press Agency Ltd., 4 Red Lion Court, London EC-4.

Born on May 18, 1872 at Trellech, Monmouthshire, United Kingdom