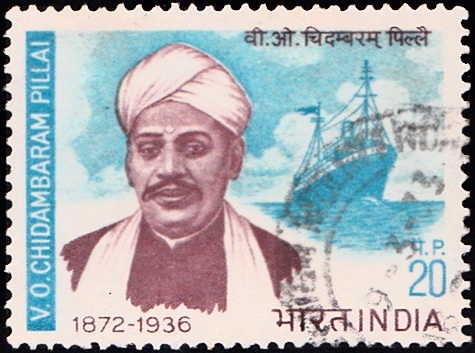 Issued for : The Indian Posts & Telegraphs Department is proud to honour this illustrious patriot by issuing a special postage stamp on the 5th September, 1972, on the occasion of his birth centenary.

Description of Design : The design of the stamp is horizontal and depicts a portrait of V. O. Chidambaram Pillai with a ship sailing on seas in the background.