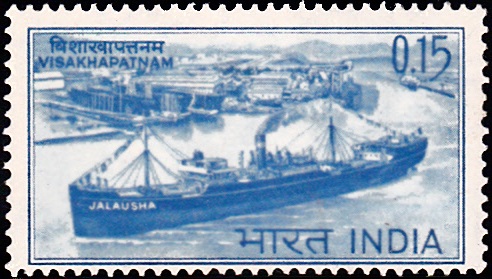 Issued for : The Posts and Telegraphs Department is glad to issue a special postage stamp to mark the achievements of Indian Shipping on the occasion of the 2nd National Maritime Day falling on April 5, 1965.