A commemorative postage stamp on Resolution for Immediate Independence, passed at Congress Working Committee meeting at Wardha in 1942 [a part of the series ‘India’s Struggle for Freedom‘] : 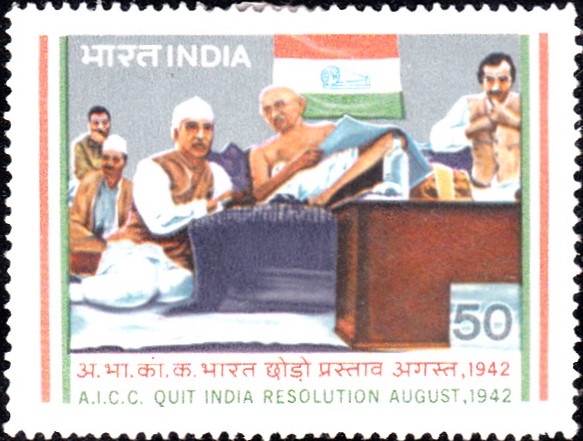 Issued for : The present set of three stamps, on the themes of ‘Quit India Resolution‘, ‘Mahadev Desai‘ and ‘Meera Behn‘ is the first issue in the proposed series. This set, thus, marks the beginning of an ambitious project under which about 4-6 stamps will be issued, every year, till 1997 – the 50th year of India‘s independence, to complete the story of the struggle through stamps