Complete set of 2 commemorative postage stamps on the Centenary of the Admission of Japan to the Universal Postal Union (U.P.U.) : 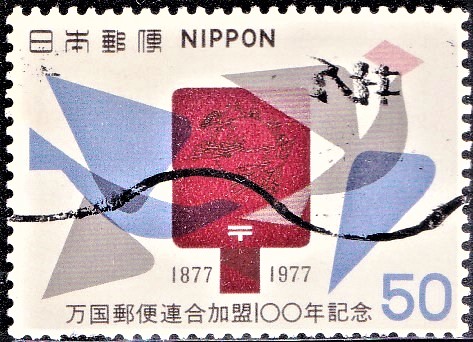 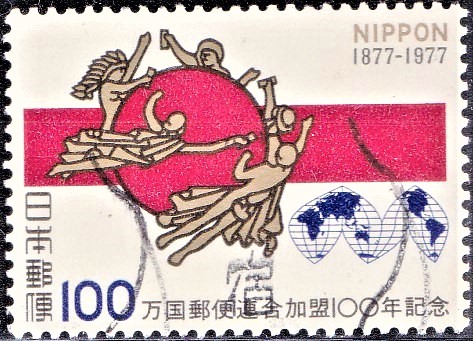 Issued for : To commemorate the Centenary of the Admission of Japan to the Universal Postal Union (UPU), a set of two postage stamps and a souvenir sheet comprising two stamps will be issued. The UPU was formed in 1874 and its membership now numbers 157 countries and Japan is one of principal member countries.

Design : (A) Pigeon carrying letter and postbox with emblem of UPU and (B) Japanese mail flag in the early Meiji era and emblem of UPU joined one another with map of globe.

Designer : (A) Mr. Masatoshi Hioki and (B) Mr. Motoharu Morita