A commemorative postage stamp on the 25th Anniversary of the Rajya Sabha, upper house of Parliament of India : 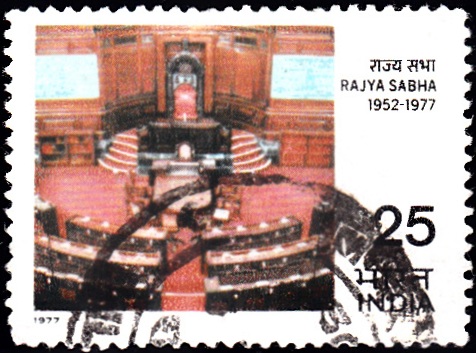 Issued for : The Posts and Telegraphs Department feels privileged to bring out a commemorative postage stamp to mark the 25 years of life and incidentally the 101st Session of this House of the Indian Parliament.

Description of Design : The design of the stamp shows a view of the Chamber of the Rajya Sabha in the Parliament House.