A commemorative postage stamp on Ishta Dev Jhulelal Sahib, regarded by Sindhi Hindus as an incarnation of the Hindu deity, Varuna : 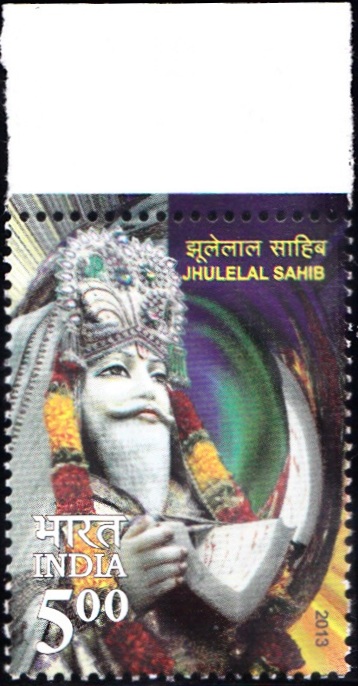 Issued for : Department of Posts is happy to commemorate Jhulelal Sahib by issuing a Postage Stamp.