A commemorative postage stamp on the birth anniversary of José Martí, apostle of Cuban Independence and an important figure of Latin American literature (Modernismo) : 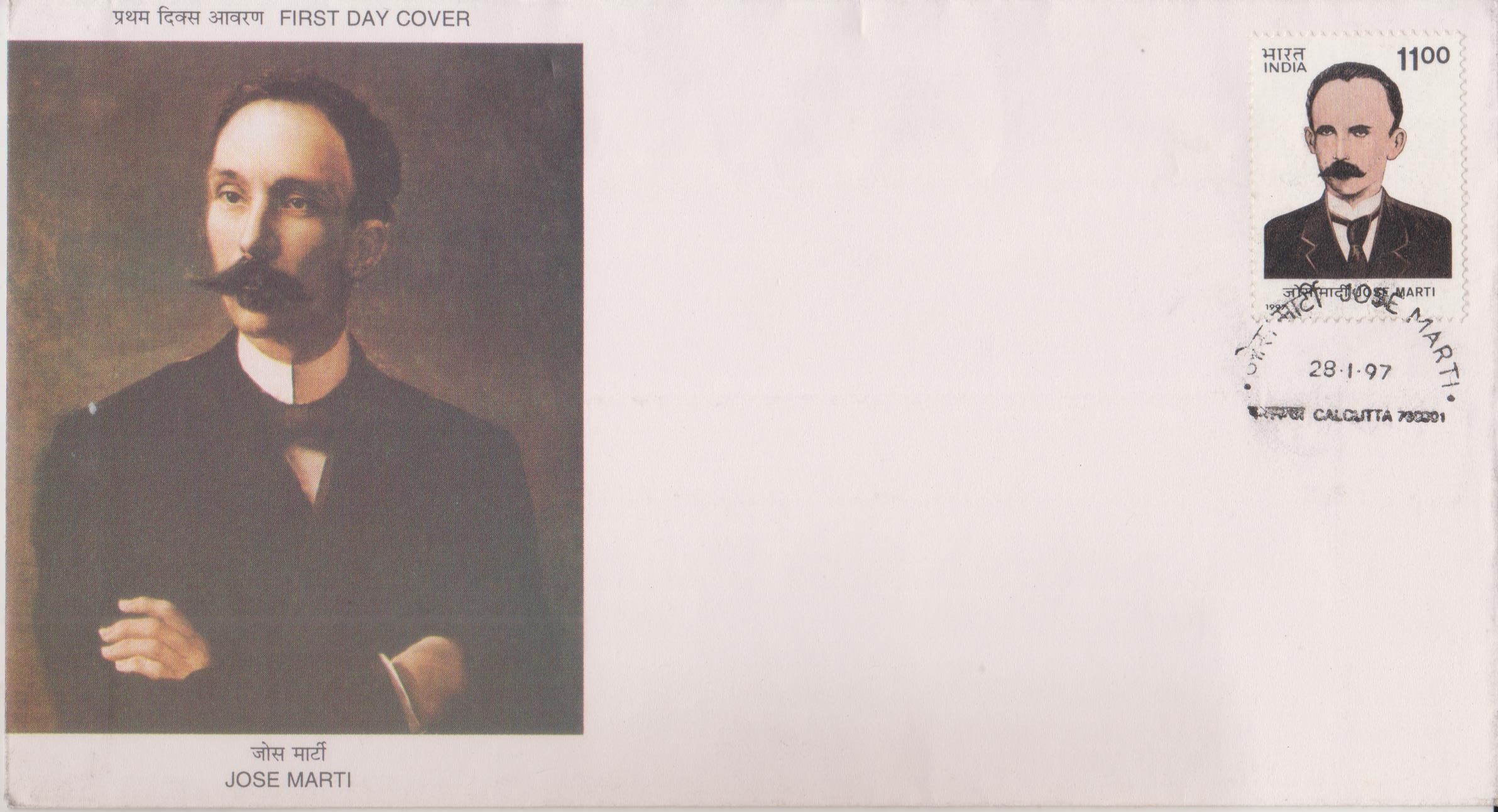 Issued for : The Department of Post is happy to issue a stamp in honour of this international Cuban hero.

Died on May 19, 1895 at near the confluence of the rivers Contramaestre and Cauto, Cuba