A commemorative postage stamp on the Birth Centenary of Yashpal, a Hindi author and campaigner of women’s rights : 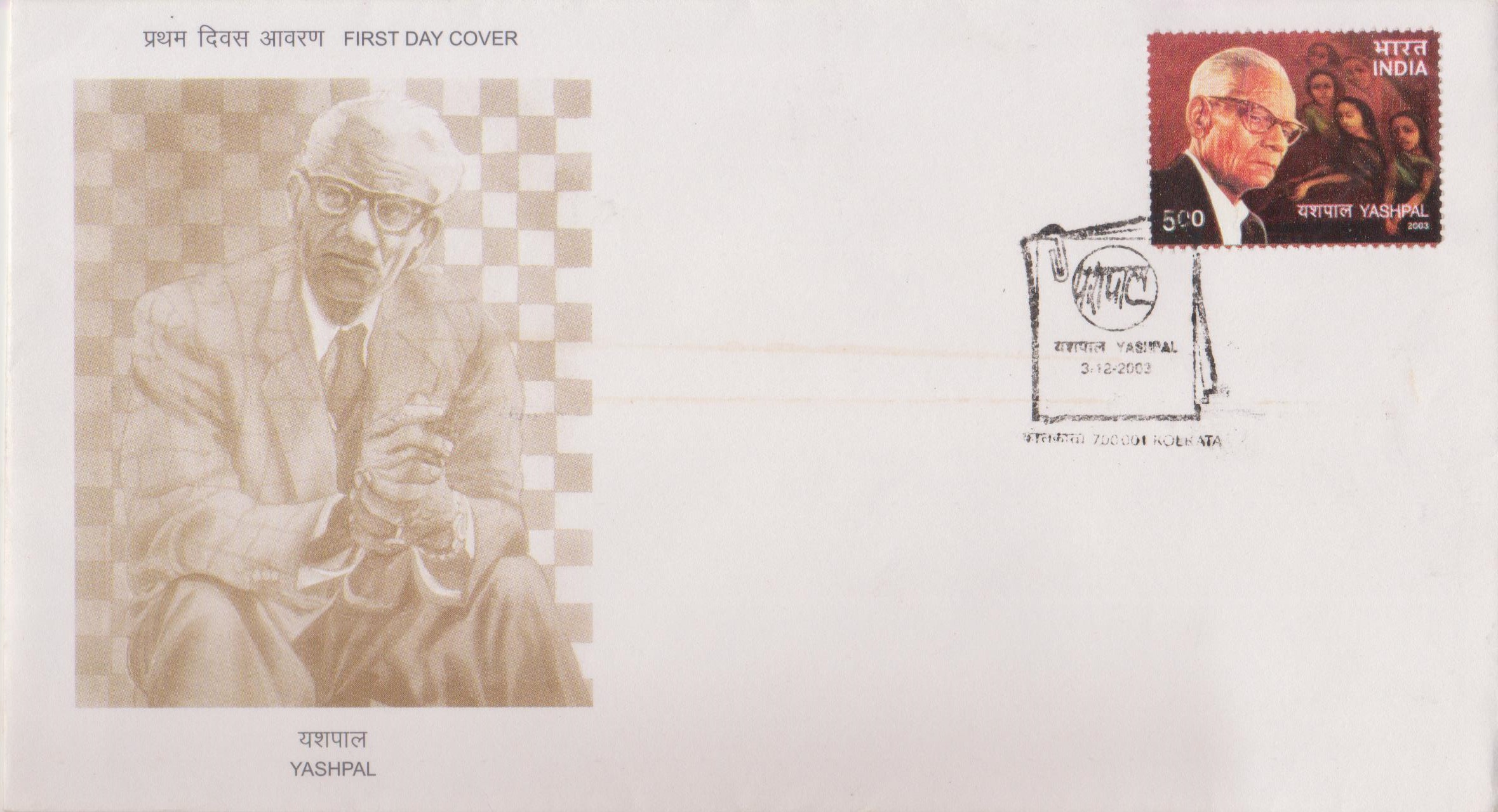 Issued for : The Department of Posts is proud to commemorate his birth centenary through the issue of this stamp that depicts the writer in a pensive mood and highlights his concern for gender issues.

Credits :
Stamp : Based on a painting by Gogi Saroj Pal received from the proponent.
FDC : Binoy Varghese
Cancellation : Alka Sharma