A commemorative postage stamp on the Birth Anniversary of Kamta Prasad Guru, an Indian Hindi grammarian : 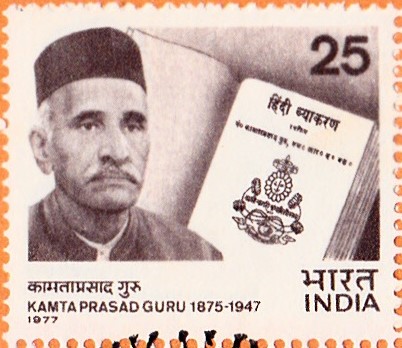 Issued for : The Posts and Telegraphs Department feels privileged to issue a commemorative stamp in honour of this great literary figure.