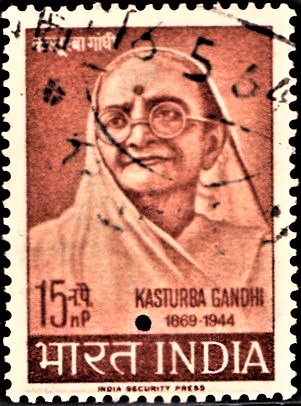 Issued for : The P & T Department deems it a great privilege to honour her memory through a special commemorative stamp on the occasion of her 20th death anniversary.

Photo on the Stamp : by Kanu Gandhi.