A commemorative postage stamp on the Golden Jubilee of the Kasturba Gandhi National Memorial Trust, an organization for development of rural women & children, founded by Mahatma Gandhi : 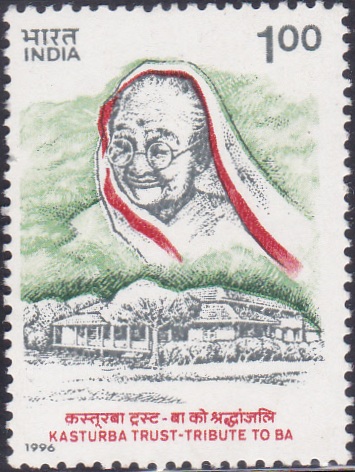 Issued for : In a befitting tribute to her the Department of Post issues a commemorative postage stamp on the completion of fifty years of service by the Kasturba Trust which was established in memory of the indomitable Kasturba Gandhi.