A commemorative postage stamp on the 82nd Death Anniversary of Shaheed Khudiram Basu, a Bengali-Indian revolutionary : 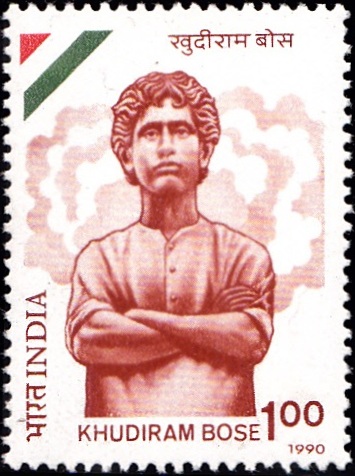 Description of Design : The stamp is designed by India Security Press, Nashik. Cancellation is designed by Alka Sharma. The pencil sketch on the First day cover is based on art work provided by Chintamani Kar. Inset is designed by Sankh Samant.