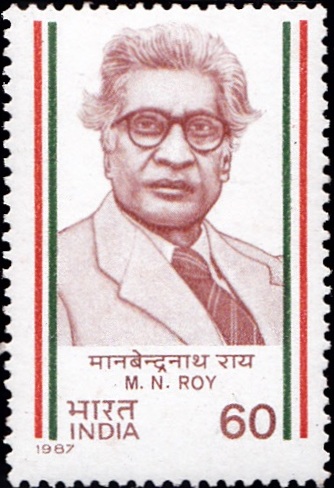 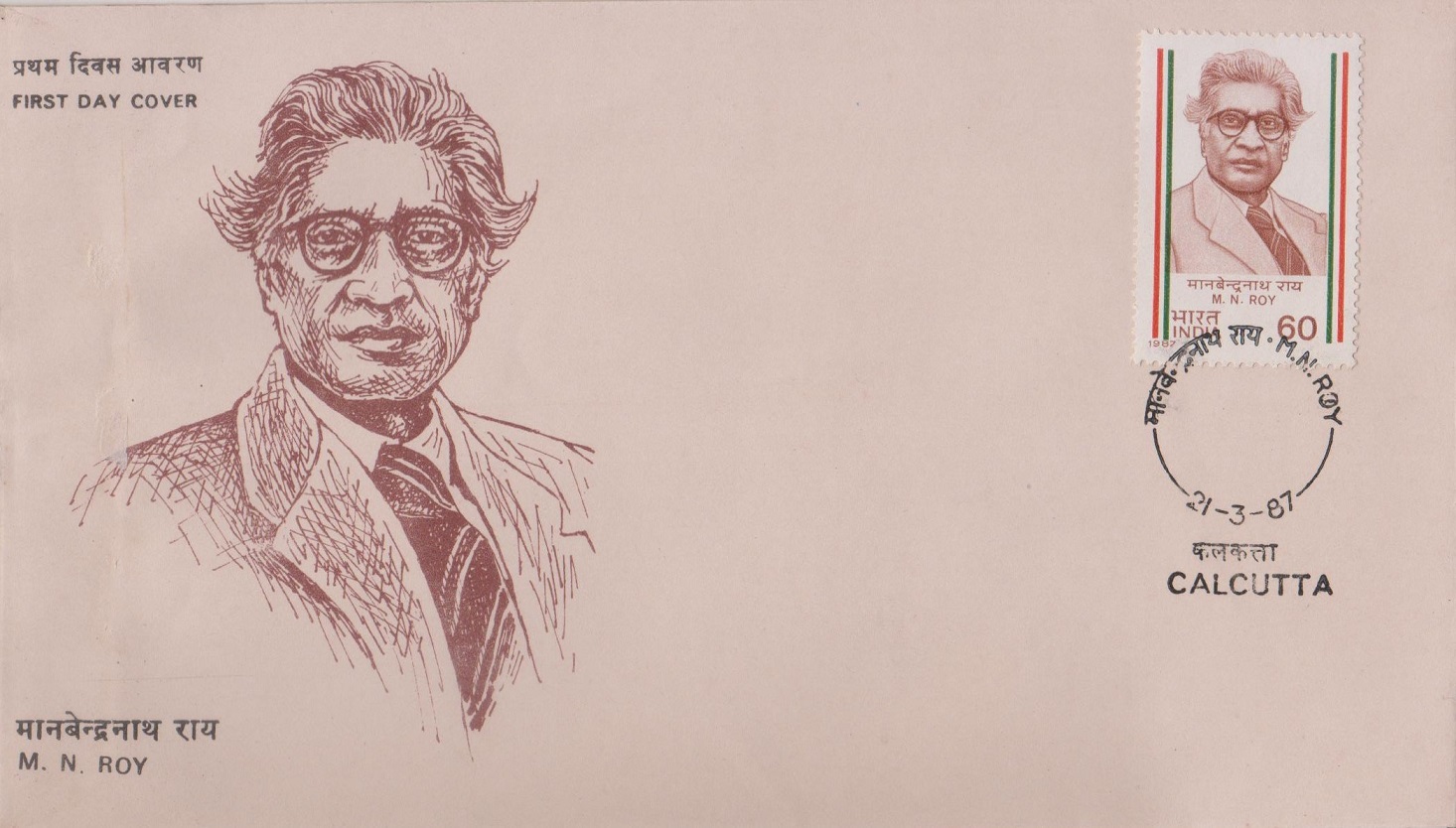 Issued for : The Deptt. of Posts is privileged to issue a commemorative stamp on the 100th Birth Anniversary of M.N. Roy in the series ‘Freedom Struggle of India‘.

Description of Designs : The 60p multicolour stamp has been designed by India Security Press, Nasik Road. The cancellation has been prepared by Miss Nenu Bagga. The first cover Shri Kashi Nath Raha.