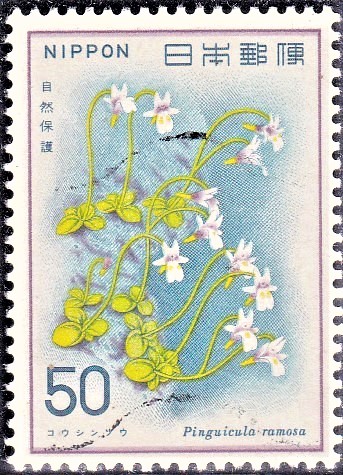 Issued for : As the 19th issue of the Nature Conservation Series, a postage stamp depicting Koshin-so (pinguicula ramoas Miyoshi) was issued. Koshin-so is peculiar to Japan and was discovered in Mt. Koshin, Tochigi Pref., in 1890 by Dr. Manabu Miyoshi. The Koshin-so Growing Place in Mt. Koshin was designated as special natural monument in 1952.