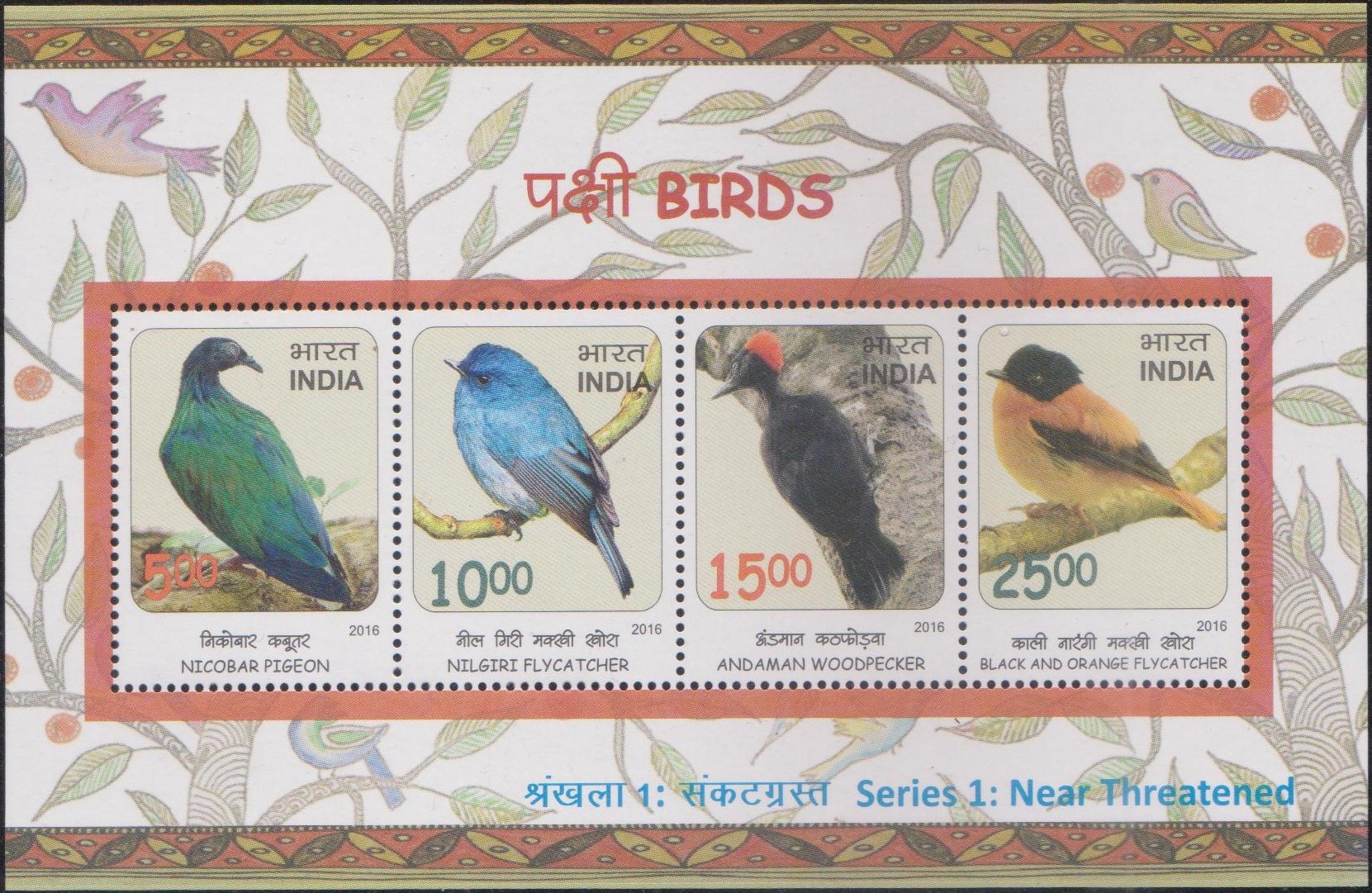 Issued for : The Department of Posts is pleased to release a set of four stamps on the following four birds under the Category of Near Threatened (NT) species.

Stamps Printed : 0.3 million each (in the form of sheetlets)