A commemorative postage stamp on Bicentenary of Coronation as Maharajah of Punjab, Sher-e-Punjab: Ranjit Singh, leader of the Sikh Empire (1801-39) & founder of Secularism in India : 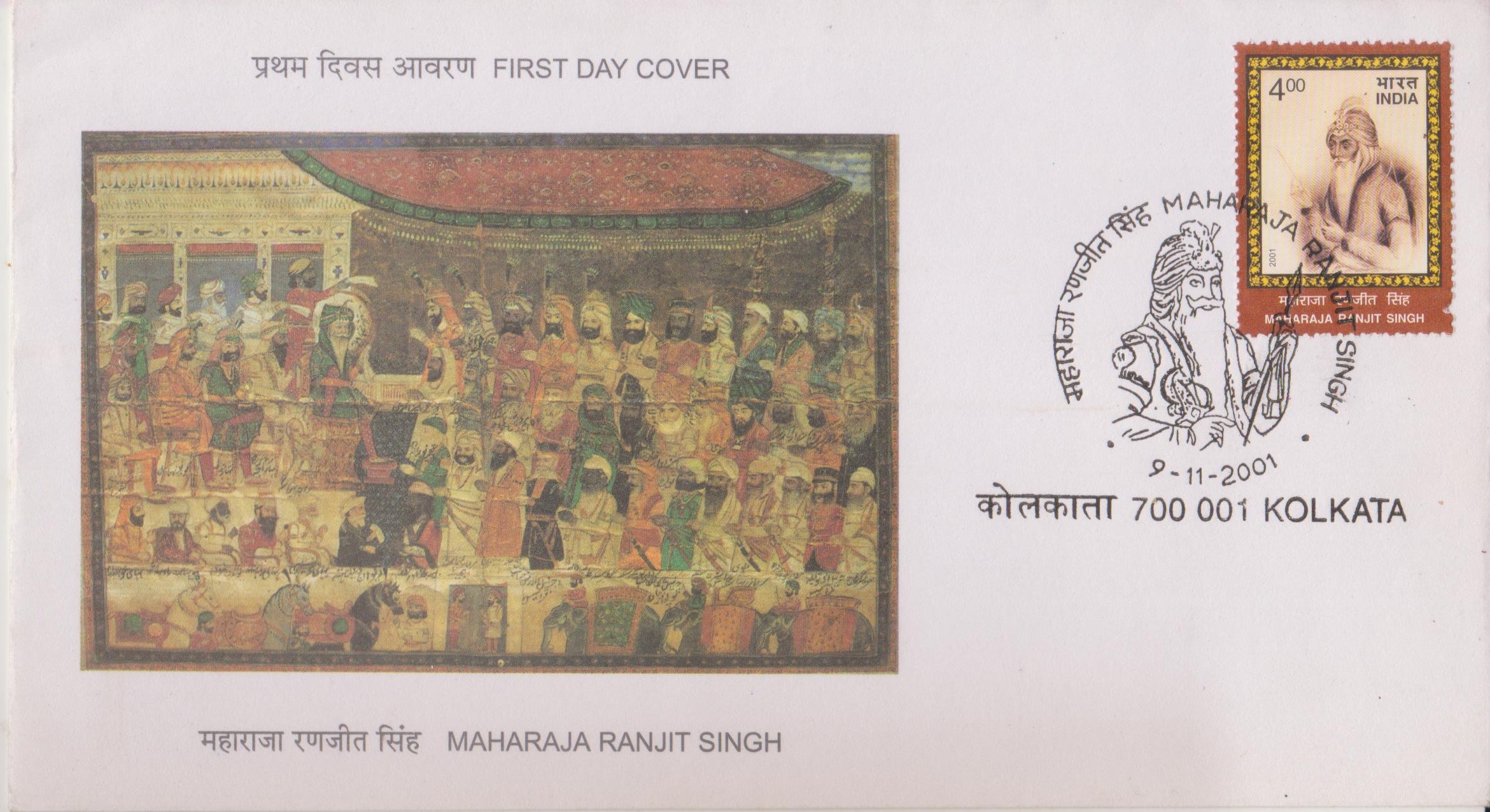 Issued for : The reign of Maharaja Ranjit Singh was the harbinger of great things to come – the birth of a modern nation transcending communal distinctions. The Department of Posts deems it a privilege to issue a commemorative postage stamp in the memory of this great hero of Indian History.

Design : The First Day Cover depicts a miniature painting by an unknown artist of nineteenth century showing the Court of Maharaja Ranjit Singh as perceived by the artist.