A commemorative postage stamp on Shreemant Peshwa Baji Rao I, Peshwa of the Maratha Empire (1720-40) : 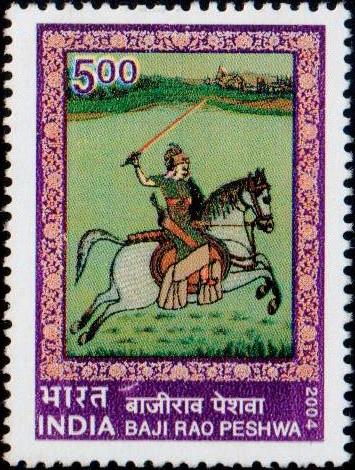 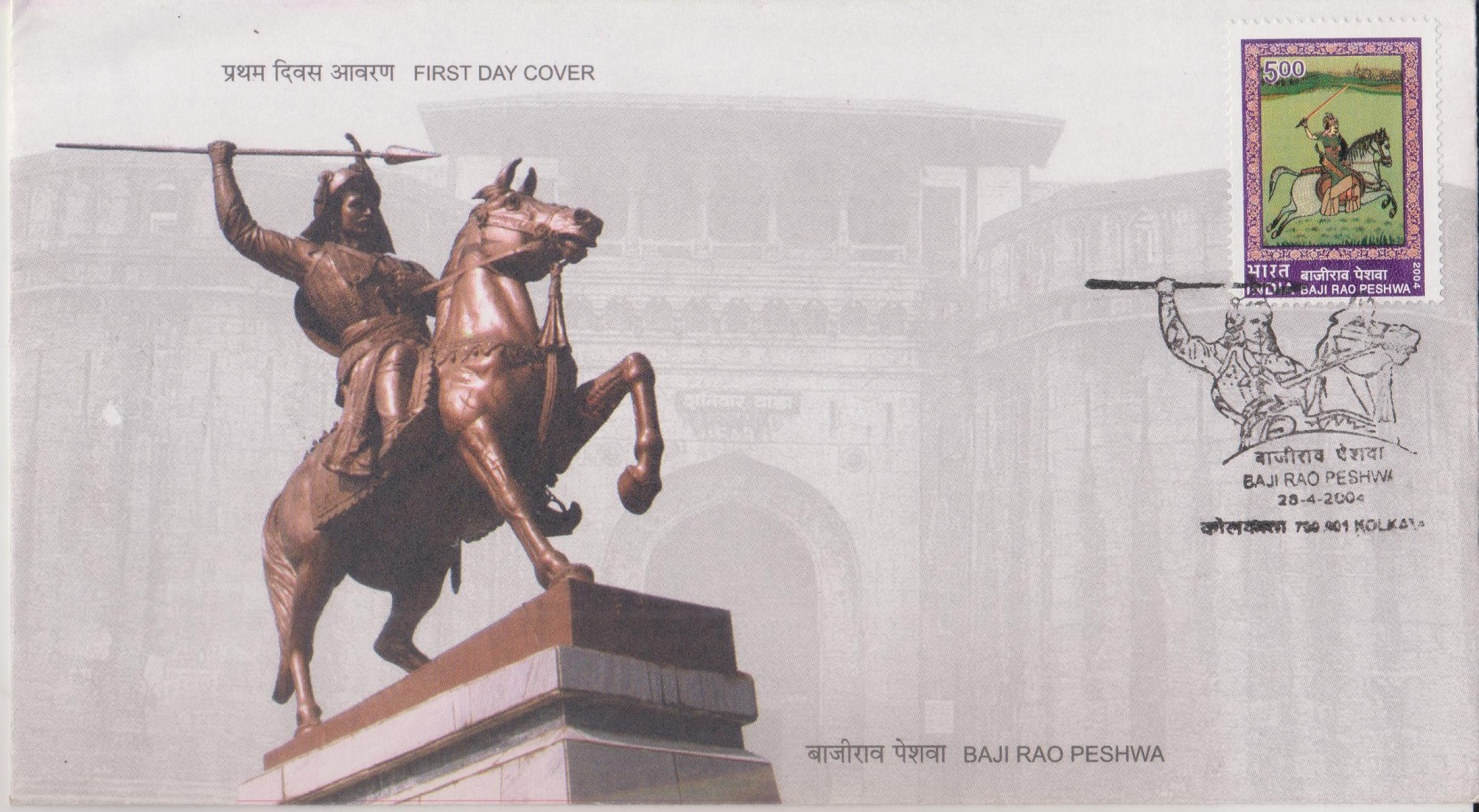 Issued for : The Department of Posts honours Baji Rao Peshwa, a great general and statesman, through issue of this commemorative postage stamp.

Design : The first day cover depicts the statue of Baji Rao Peshwa in front of Shaniwar Wada built by him at Pune in 1730.

Credits :
Stamp : Layout design by Alka Sharma (Based on material given by the proponent)
FDC & Cancellation : Alka Sharma