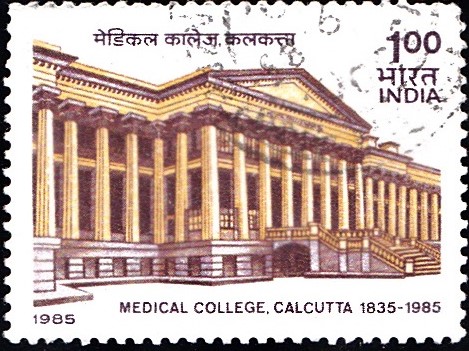 Issued for : The Indian Posts and Telegraphs Department is privileged to issue a commemorative postage stamp on the completion of 150 years of service by this premier institute of medical education.