Complete Set of 4 nos of postage stamps on the Japanese Crafts : Kimekomi Dolls and Ryukyu Bingata : 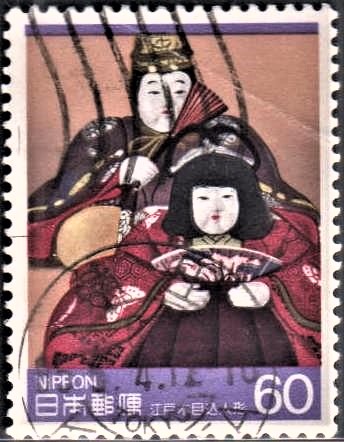 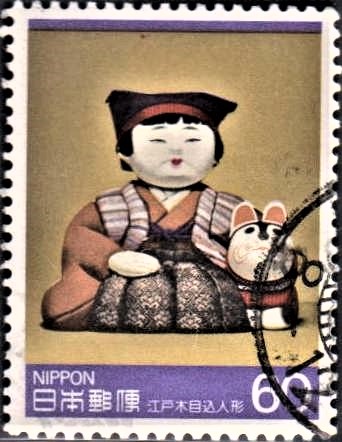 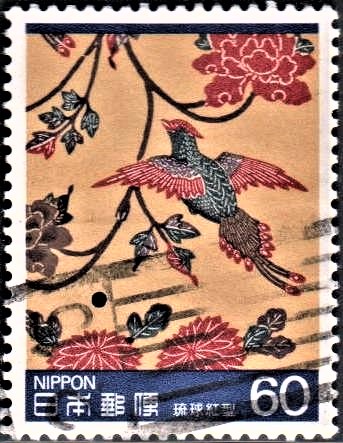 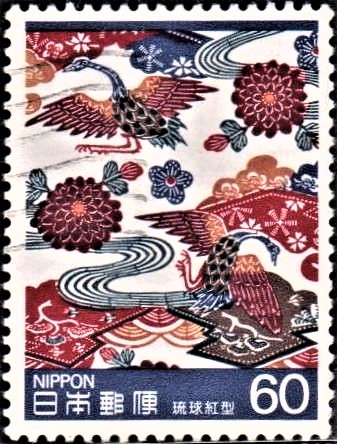 Issued for : Four 60 yen postage stamps will be issued on February 15, 1985 as the Traditional Craft Products Series II.

The tradition of Kimekomi (wooden dolls dressed in kimono) dolls began in Kyoto in the 18th century but also became popular in Edo in the latter days of the Tokugawa era. The name of the dolls derives from the band of paste which is filled into a groove cut around the clothing part of the wooden dolls.

Those made in present-day Tokyo include the seasonal festival dolls and dolls for Kabuki and Noh drama, while there are also many kinds of dolls made in Saitama Prefecture.

This is a type of cloth dyeing which was used for the ceremonial clothing in the court culture of the Ryukyu Islands (Okinawa). This type of cloth became established during the peak of the court culture in Okinawa around the 18th century. When the traditional dyed cloth which had existed in Ryukyu was influenced by the Sarasa (printed cotton) dyeing techniques of China and South-East Asia, to become the Ryukyu Sarasa style which was then further influenced by the stencil dyeing techniques of Japan to become Bingata. The dyes used are indigo, the vegetable pigment extracted from the fukugi (Garcinia spicata) tree and other plants, and these combine to produce the characteristic colors.