A commemorative postage stamp on the Death Bicentenary of Wolfgang Amadeus Mozart, the great composer of Western Classical Music : 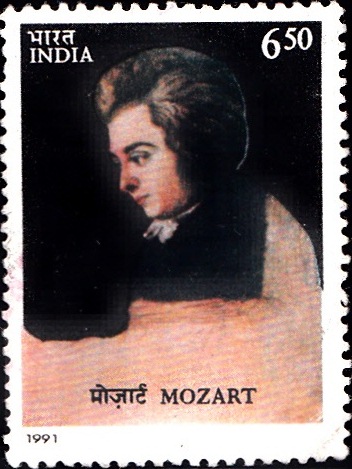 Description of Designs : The special postage stamp designed by India Security Press, Nashik, depicts Mozart at the piano and is based on an unfinished oil painting of the composer by his brother-in-law, Joseph Lange (1789).