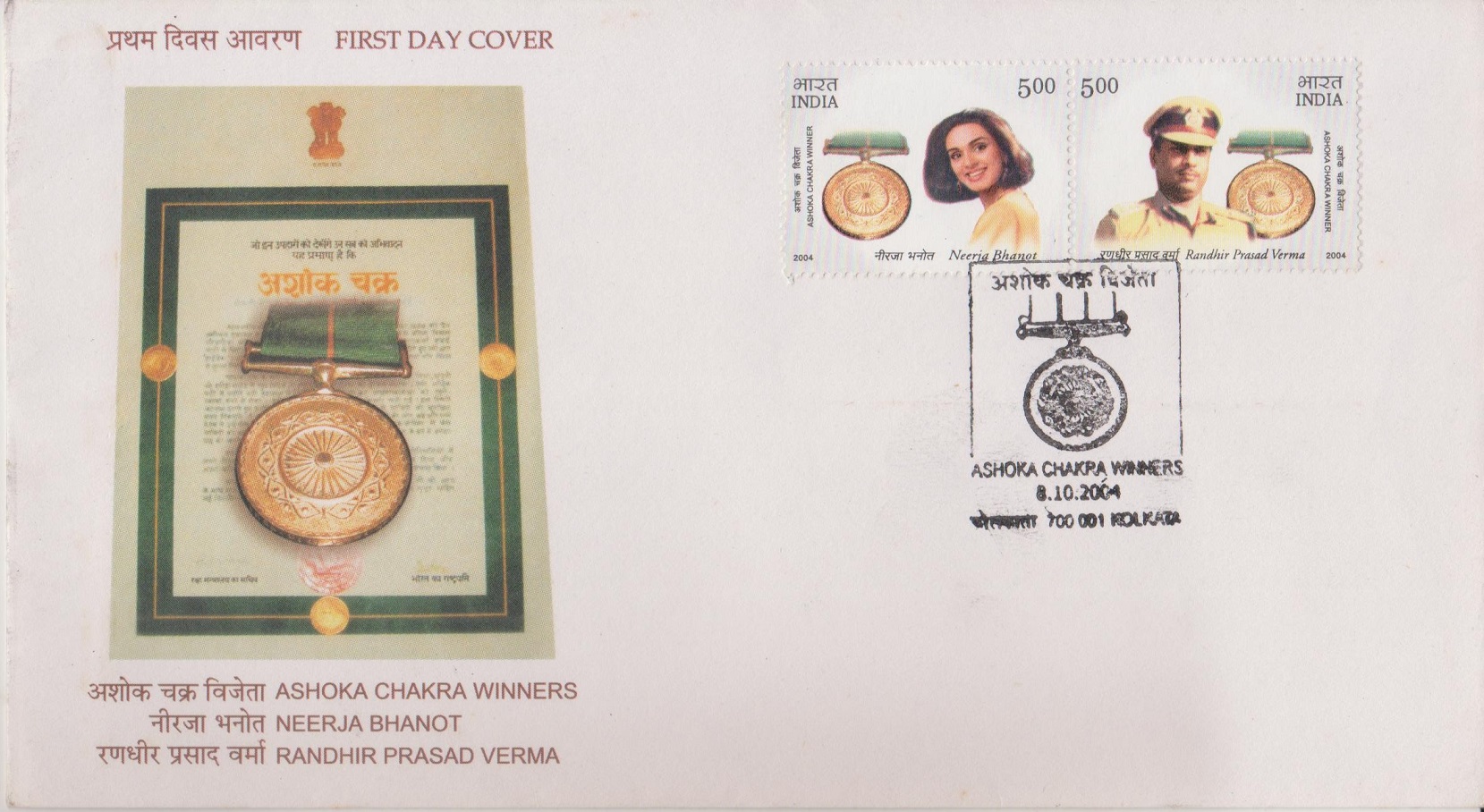 Issued for : Department of Posts is proud to issue a set of two commemorative postage stamps in honour of Neerja Bhanot and Randhir Prasad Verma.