A Miniature Sheet consisting of 4 nos of commemorative postage stamps on the 150 years of Postage Stamp in India : 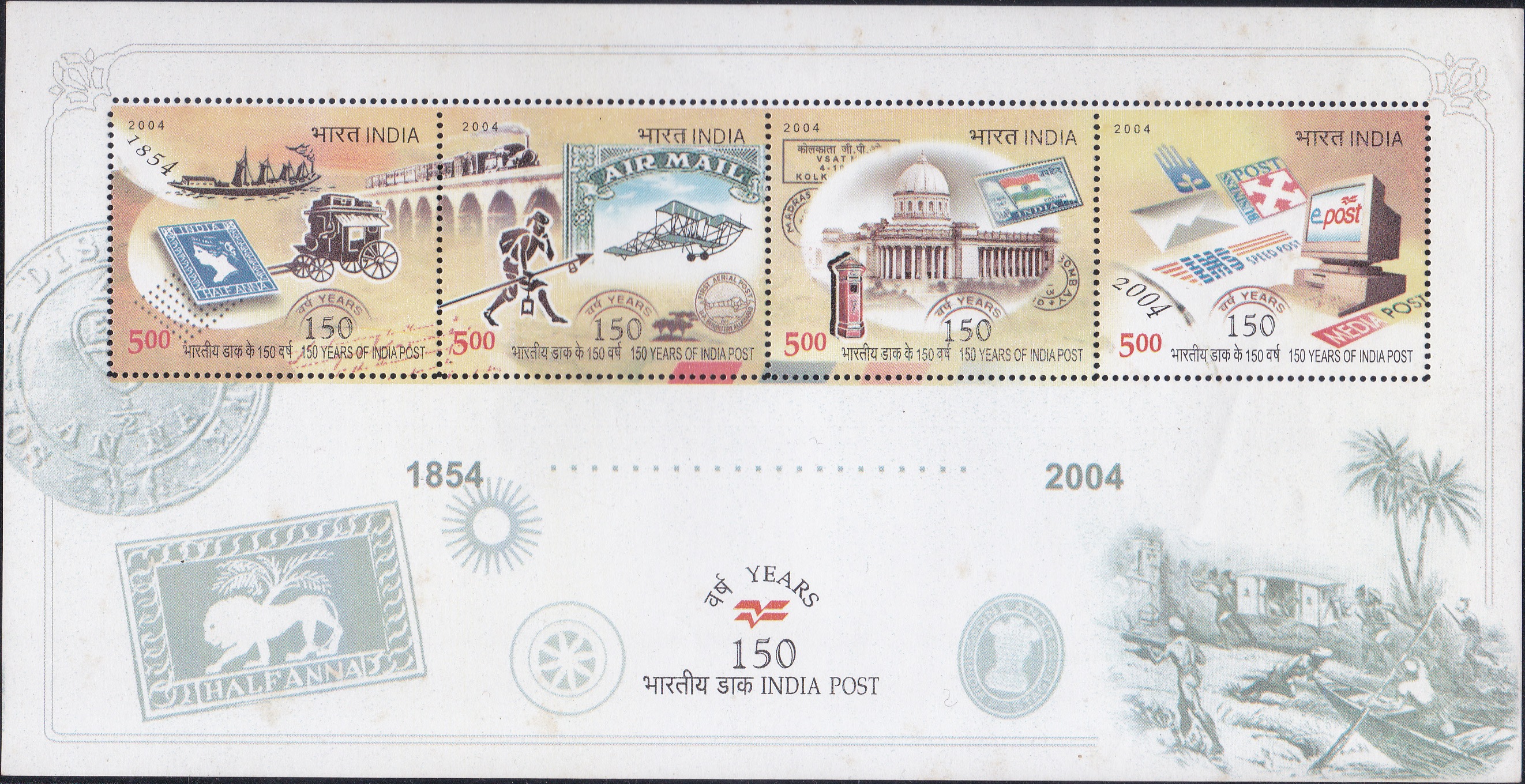 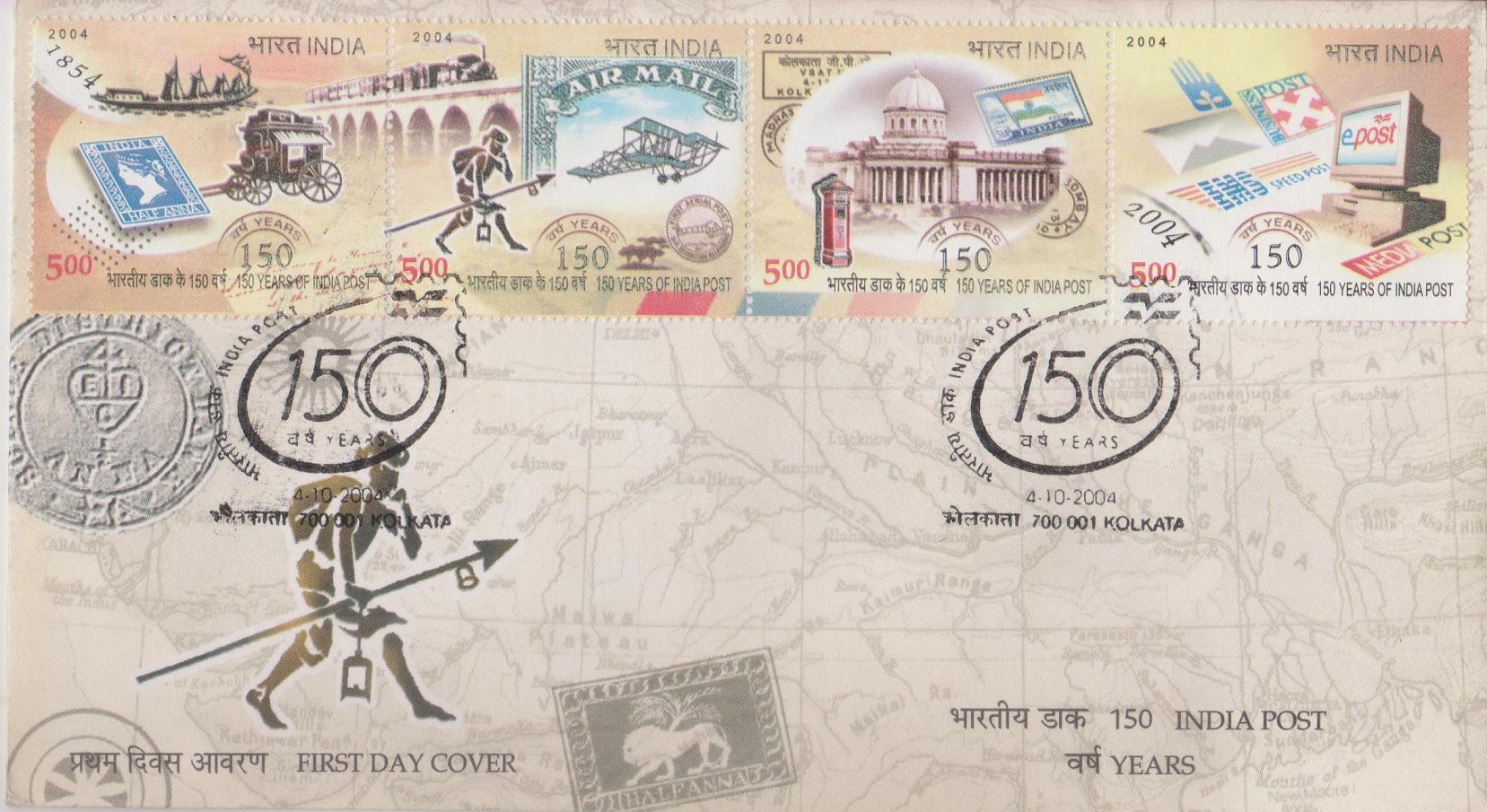 Issued for : This set of four commemorative stamps marks the sesquicentennial year of the Department of Posts as it rededicates itself to the service of the nation.