A commemorative postage stamp on the 25th Anniversary of the United Nations (UN) : 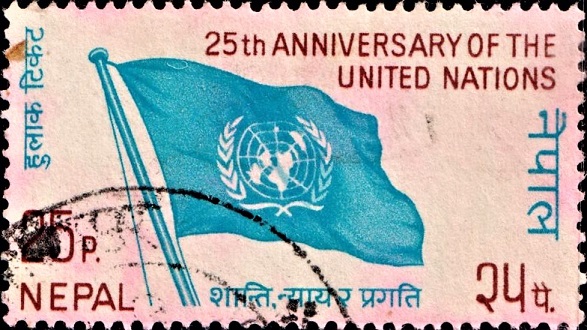