Sheetlet of 3 commemorative postage stamps on the 50th Anniversary of UIAA (International Climbing and Mountaineering Federation) : 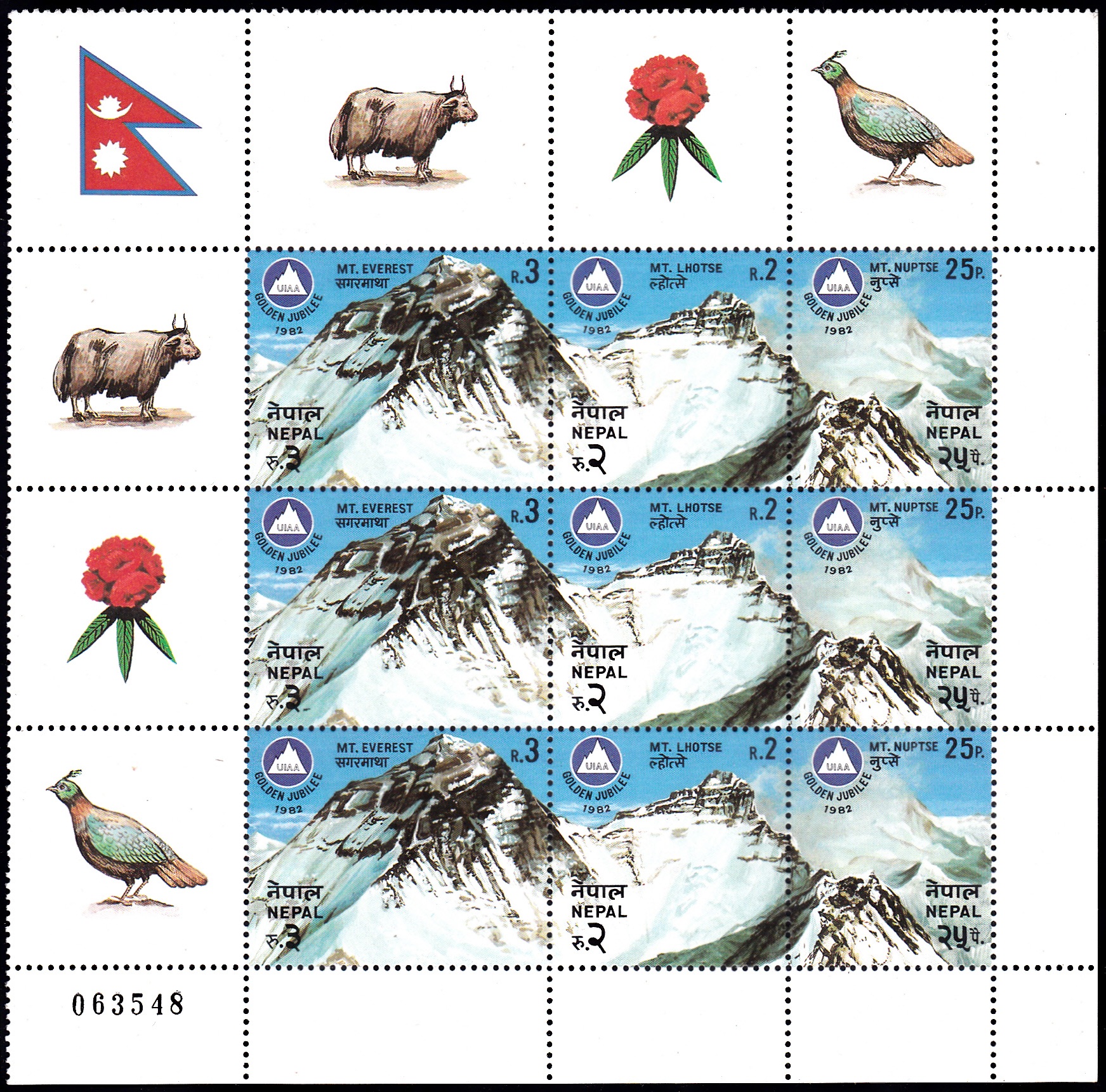 Issued for : Union of International Alpinist Associations (U.I.A.A.) has always been contributing towards the development and promotion of mountaineering activities. The golden jubilee of UIAA and 44th General Assembly were celebrated in Kathmandu from 12th to 16th October, 1982.

To commemorate this occasion three postage stamps marking three Himalayan peaks considered significant to the mountaineers are being issued today. In these stamps the emblem of UIAA and Mt. Everest (Sagarmatha), Lhotse and Nuptse Himals have been depicted.