A commemorative postage stamp on the National Arbor Day of Pakistan : 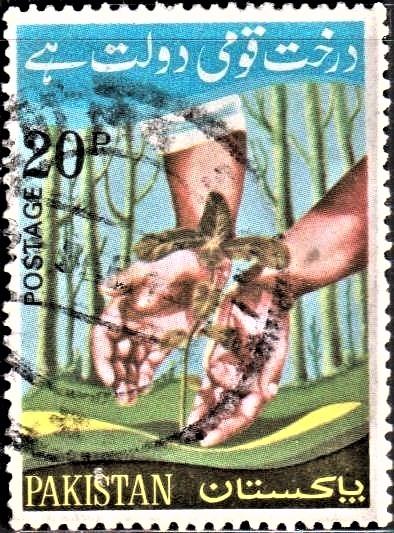 Design : The stamp is vertical in format. Two hands protecting a sapling have been shown in the fore ground against blue sky and green trees in the background. The caption in Urdu “

“ which means ‘Tree is national wealth’ appears at the top.