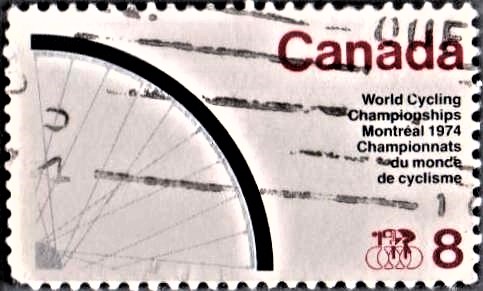 Design : The 1974 World Cycling Championships will allow many North Americans the opportunity to observe the fitness, endurance, ability and sportsmanship of the world’s top cyclists. The stamp issued to commemorate these championships was designed by Burns & Cooper of Toronto.