A commemorative postage stamp on the Birth Centenary of Mahapandit Rahul Sankrityayan, Father of Hindi Travelogue : 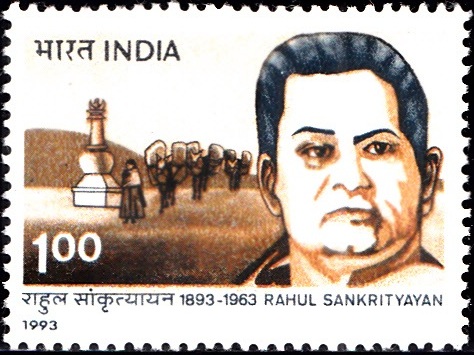 Issued for : The Department of Posts commemorates the birth centenary of Mahapandit Rahul Sankrityayan by issuing a stamp on this great man of letters who dipped into the large pools of knowledge and wisdom of this ancient land of ours.