A commemorative postage stamp on the Golden Jubilee of the 9 Parachute Field Regiment, Indian Army : 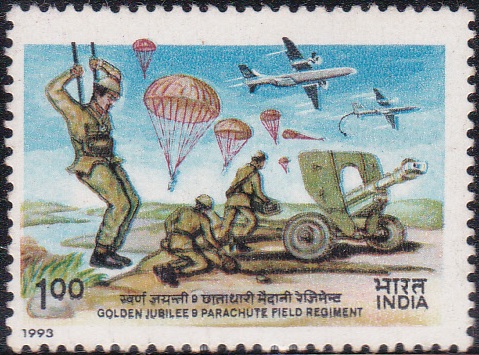 Issued for : The Department of Posts has been honouring and commemorating anniversaries and jubilees of various institutions and today pays salute to the defence forces with the issuance of the commemorative stamp which is an important milestone in the glorious history of its country and its army.