A commemorative postage stamp on the Birth Centenary of Shrimati Ramabai Ranade, an Indian social worker, one of first women’s rights activists in 19th century, wife of Mahadev Govind Ranade : 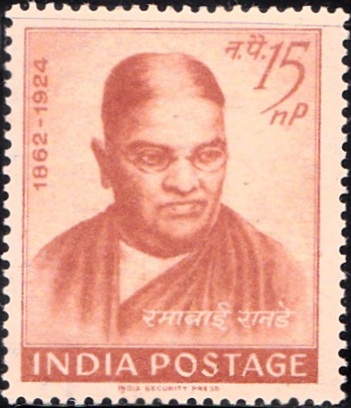 Issued for : The Post and Telegraph Department feels honoured in paying a tribute to this great lady by bringing out a special postage stamp in commemoration of her birth centenary.

Number of Stamps printed : 2.5 million in sheets of 42