A Miniature Sheet consisting of 3 nos of commemorative postage stamps on the Rare Fauna of the North–East : Red panda, Phayre‘s leaf monkey and Marbled cat : 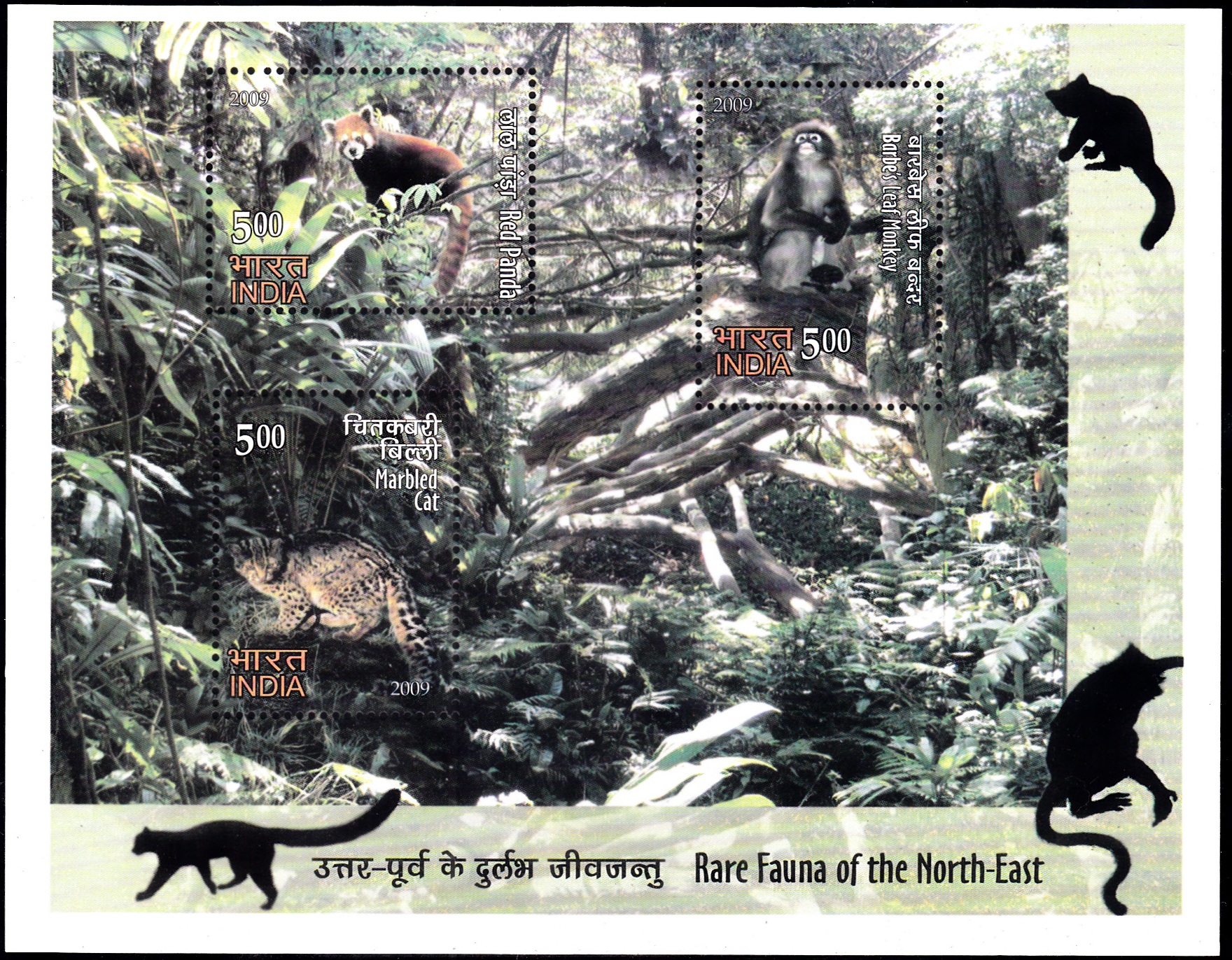 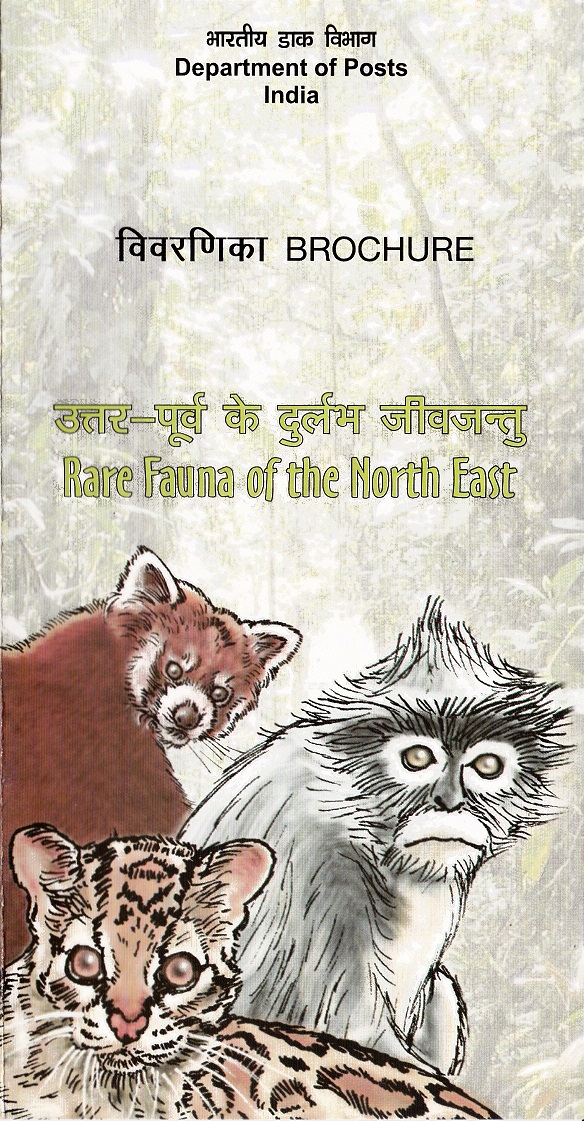 Issued for : India Post by issuing Commemorative Postage Stamps on the Phayre’s Leaf Monkey, the Red Panda and the Marbled Cat of the North-East region, invites attention to the rich Zoological Heritage of India and the need to preserve this legacy for generations to come.