A Miniature Sheet consisting of 4 nos of special postage stamps on the Endemic Species of Indian Biodiversity Hotspots (XI Conference of the Parties to the Convention on Biological Diversity) : Bugun liocichla, Nicobar megapode, Hoolock gibbon and Venated gliding frog : 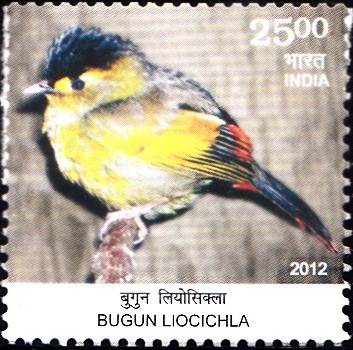 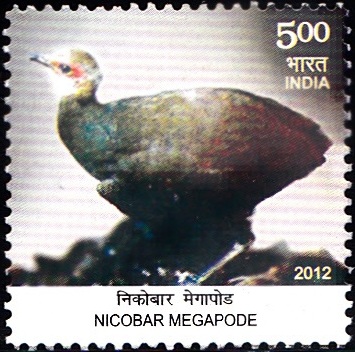 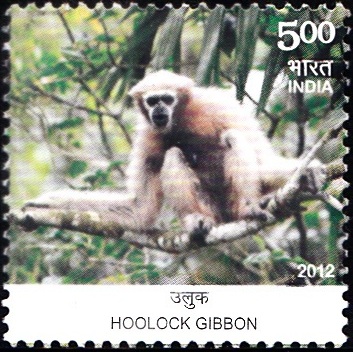 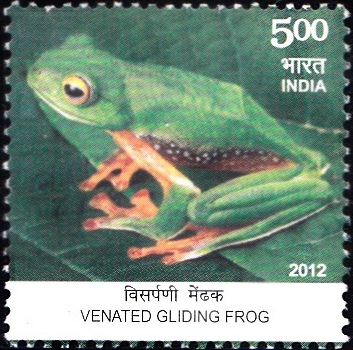 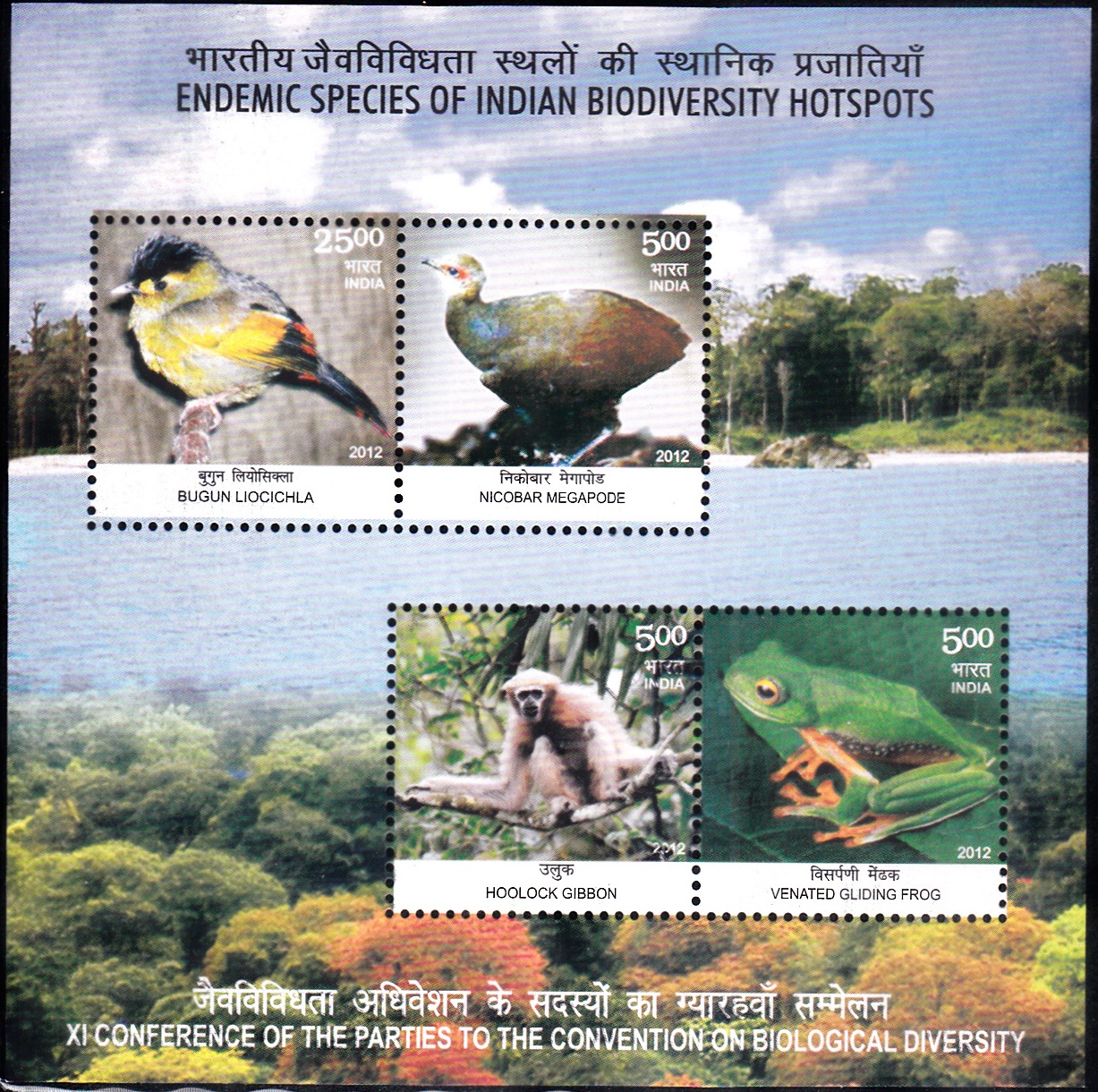 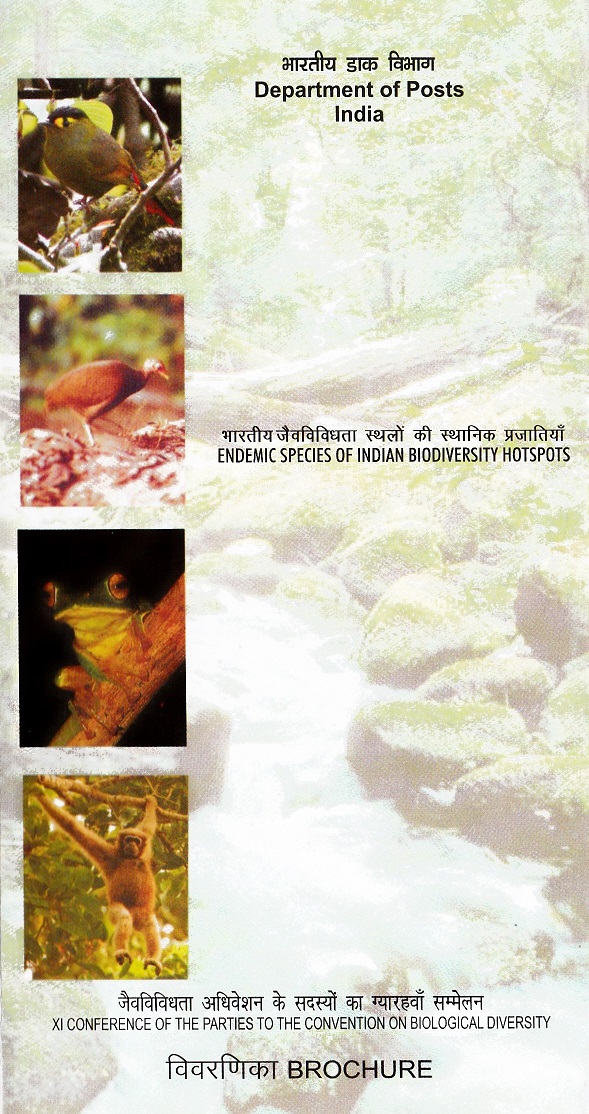 Issued for : Department of Posts is happy to participate in an effort for conservation of the rich bio-diversity of the country by issuing a set of four Commemorative Postage Stamps and a miniature sheet on Endemic Species of Indian Bio-diversity Hotspots.

Stamps Printed : 0.4 Million each (0.1 million each for the proponent)