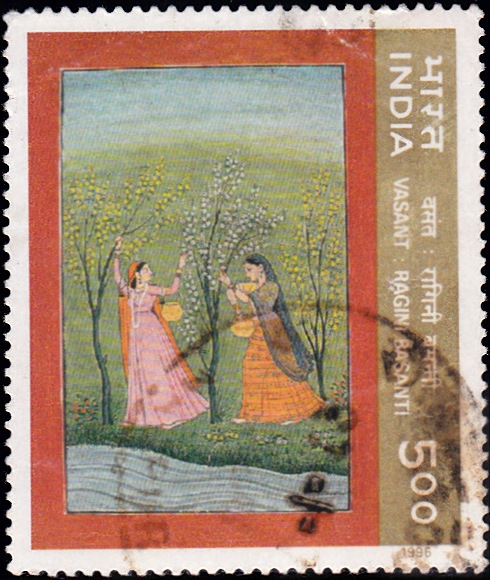 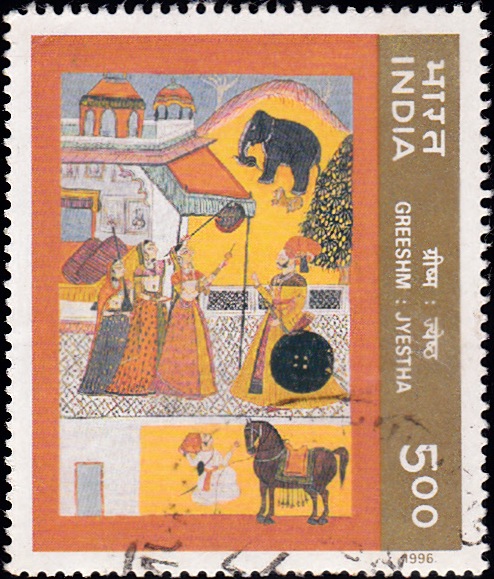 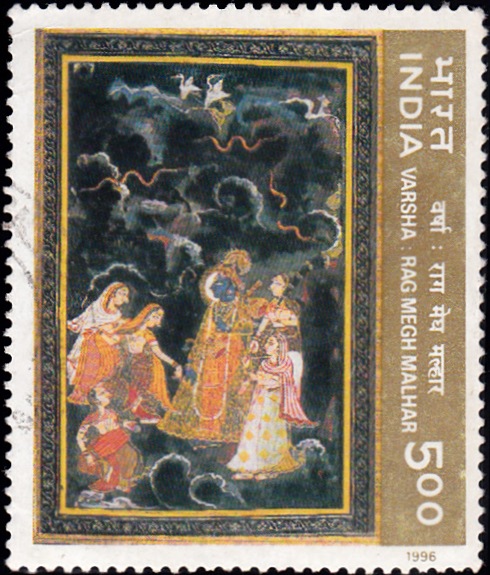 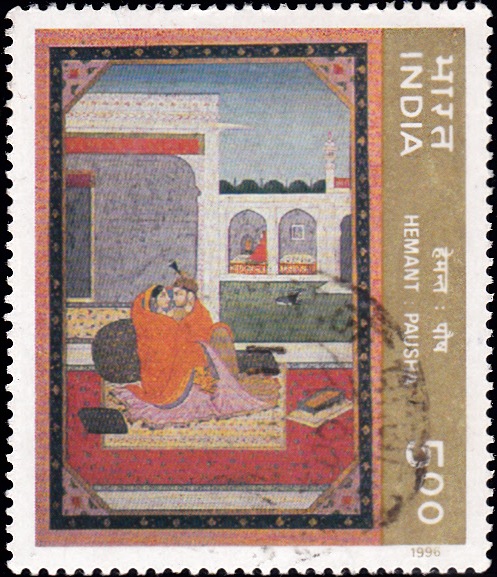 Description of Designs : ‘Ritu Rang’ is the tribute of India Post to this rich tradition of colour, poetry and art. Four miniature paintings have been selected for this special set of postage stamps depicting Vasant (Spring), Greeshm (Summer), Varsha (Monsoon) and Hemant (Winter). Vasant is reflected in a painting on Rag Basanti, a musical mode which embodies the spirit of spring. In the month of Jyeshtha, the warrior is deterred from pursuing his campaign in the sweltering heat of Greeshm (Summer) followed by Varsha, the life-giving season of the monsoons, expressed in Rag Megh Malhar in praise of rain, where even kings revel in costumes, music and dance. Hemant is the heart of Winter, only warded off by the warmth of fire while snuggling into the folds of a quilt in the month of Pausha. Each painting highlights the essence of the season it depicts; flowering Vasant; the heat haze of Greeshm; lightning snaking through the dark clouds of Varsha; and the biting cold of Hemant.

The delightful blend of the pictures drawn by pen and paint is featured on this special issue of stamps and its first day cover. The cancellation is based on a border design.

Denomination : Four Stamps of 500 Paise each