A commemorative postage stamp on the Birth Centenary of Stephen Smith, the Rocket Mail Pioneer : 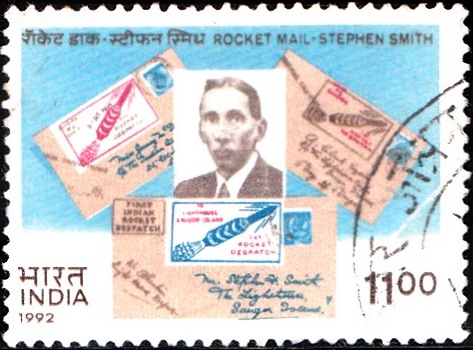 Issued for : The Department of Posts deems it a privilege to issue a stamp on a highly respected pioneer of air borne mail.