A commemorative postage stamp on the Birth Centenary of Dr. Darashaw Nosherwan Wadia, an Indian geologist, one among first Indian scientists to work in Geological Survey of India (GSI), worked on Stratigraphy of Himalayas : 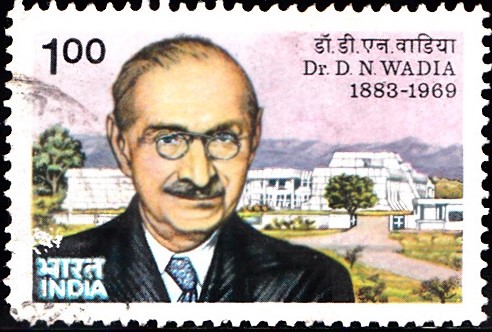 Issued for : The Indian Posts & Telegraphs Department is privileged to issue a commemorative stamp in honour of this pioneer in Indian Geology and development of geo-scientific research in the country.