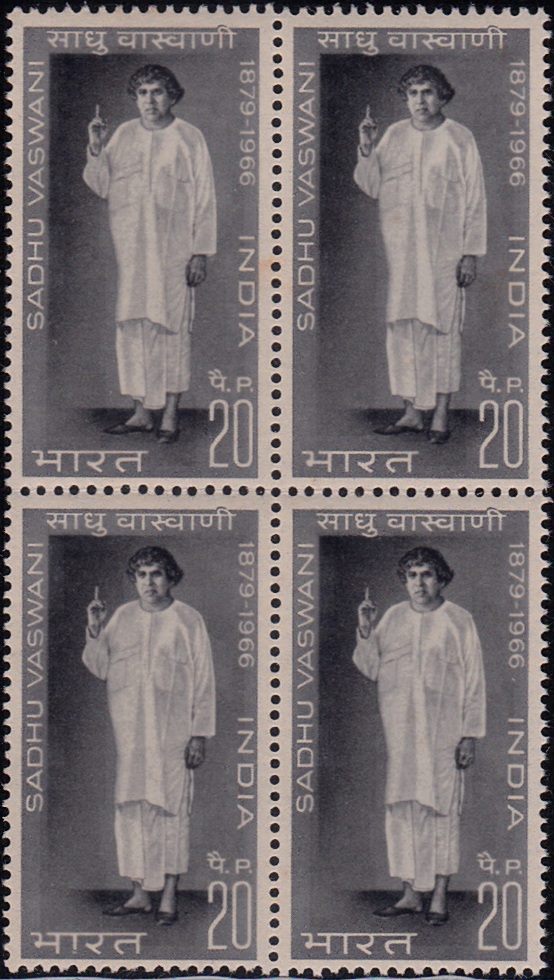 Issued for : Vaswaniji‘s earthly pilgrimage ended on the 16th January, 1966 in Poona where a beautiful shrine stands and where the torch of his humanity and activity continues to shine. The Posts and Telegraphs Department considers it a privilege to honour the memory of the great educationist and humanist, Sadhu T.L. Vaswani, by issuing a commemorative stamp on his 90th birth anniversary.