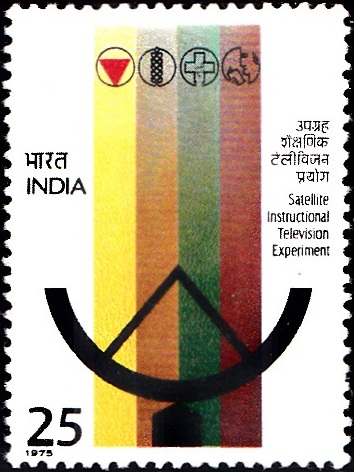 Issued for : The Posts and Telegraphs Department feels greatly privileged to bring out a special postage stamp to mark this event of great significance to the Nation.

Description of Design : The design of the stamp depicts stylised form of a ground antenna. The different colour stripes represent messages received from the satellite. The four symbols placed on the stripes suggest family planning, agriculture, health and education.