A commemorative postage stamp on the Launch of the First Indian Satellite, Aryabhatta, named after Aryabhata I, an ancient Indian astronomer and mathematician : 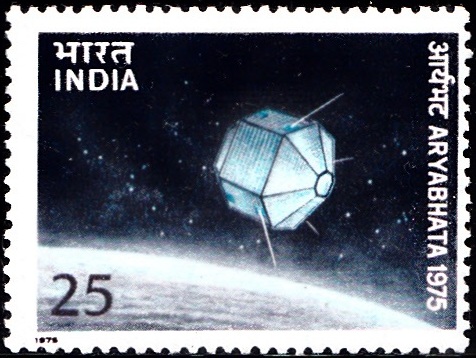 Issued for : On this historic occasion the Posts & Telegraphs Department feels privileged to bring out a special postage stamp.