A commemorative postage stamp on the 150th Birth Anniversary of Sir Oliver Mowat, 3rd Premier of Ontario and a Father of Confederation : 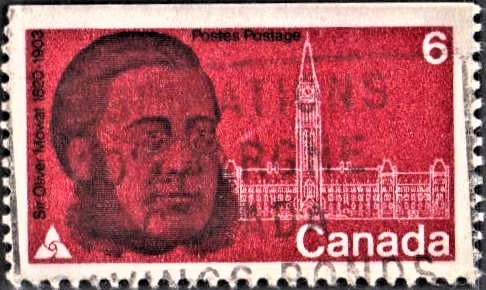