A Miniature Sheet consisting of 12 nos. of commemorative postage stamp on the Surya Namaskara (Sun Salutation), a practice in modern yoga, a sequence of 12 asanas : 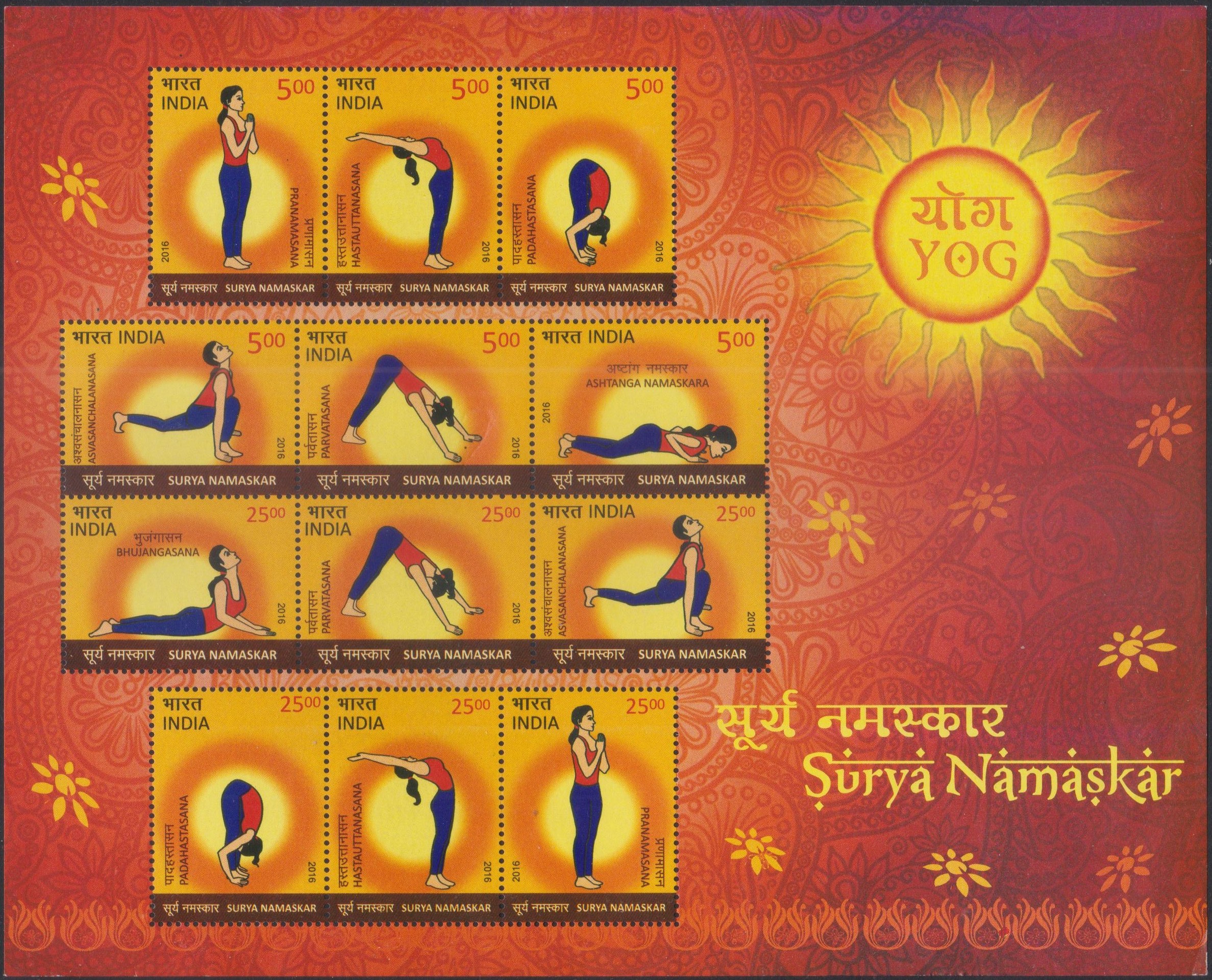 Issued for : The Department of Posts is pleased to release a set of twelve Commemorative postage stamps depicting different asanas of ‘Surya Namaskar’ on the occasion of International Yoga Day, on 20.06.2016.