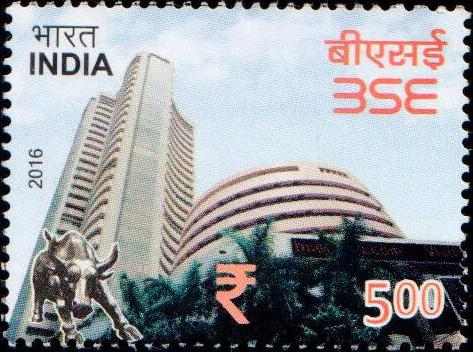 Issued for : On completion of 140th year of BSE, the Department of Posts is happy to release a commemorative postage stamp on BSE.