A commemorative postage stamp on the Birth Centenary of Swami Sivananda Saraswati, a Hindu spiritual teacher and proponent of Yoga and Vedanta, founder of Divine Life Society : 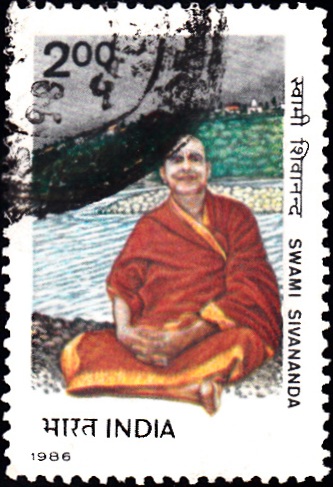 Issued for : The Department of Post is privileged to issue a stamp in honour of Swami Sivananda.