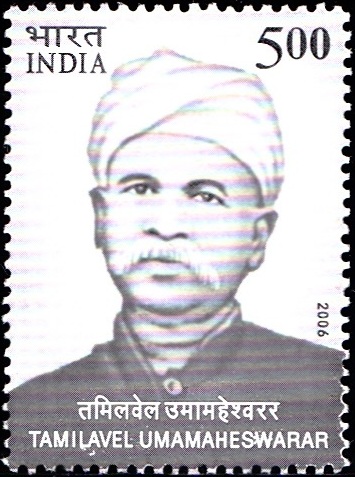 Issued for : The Department of Posts honours the work and life of Tamilavel Umamaheswarar through issue of this commemorative postage stamp.

Credits :
Stamp & FDC : Brahm Prakash (Based on the photograph provided by the proponent)
Cancellation : Alka Sharma