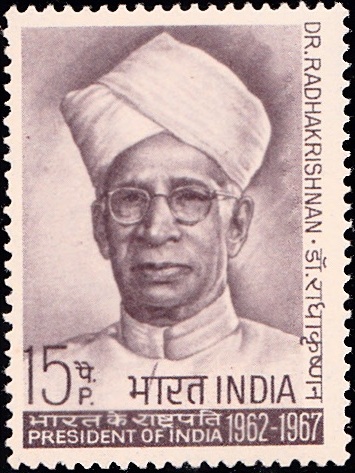 Issued for : To honour this great son of India, the Posts and Telegraphs Department felt greatly privileged in bringing out a special stamp on the occasion of his birth anniversary on 5th September, 1967.

Photo by : Courtesy of Photo Division, Ministry of I & B, Govt. of India