A commemorative postage stamp on Centenary of Garhwal Rifles & Garhwal Scouts, one of most decorated of Indian Army infantry regiment : 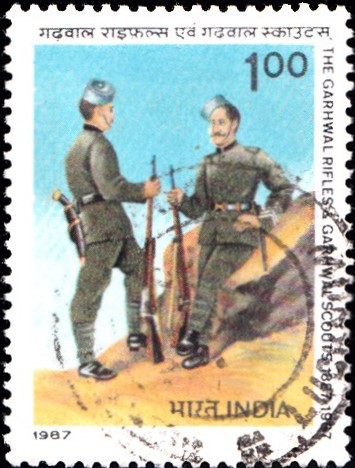 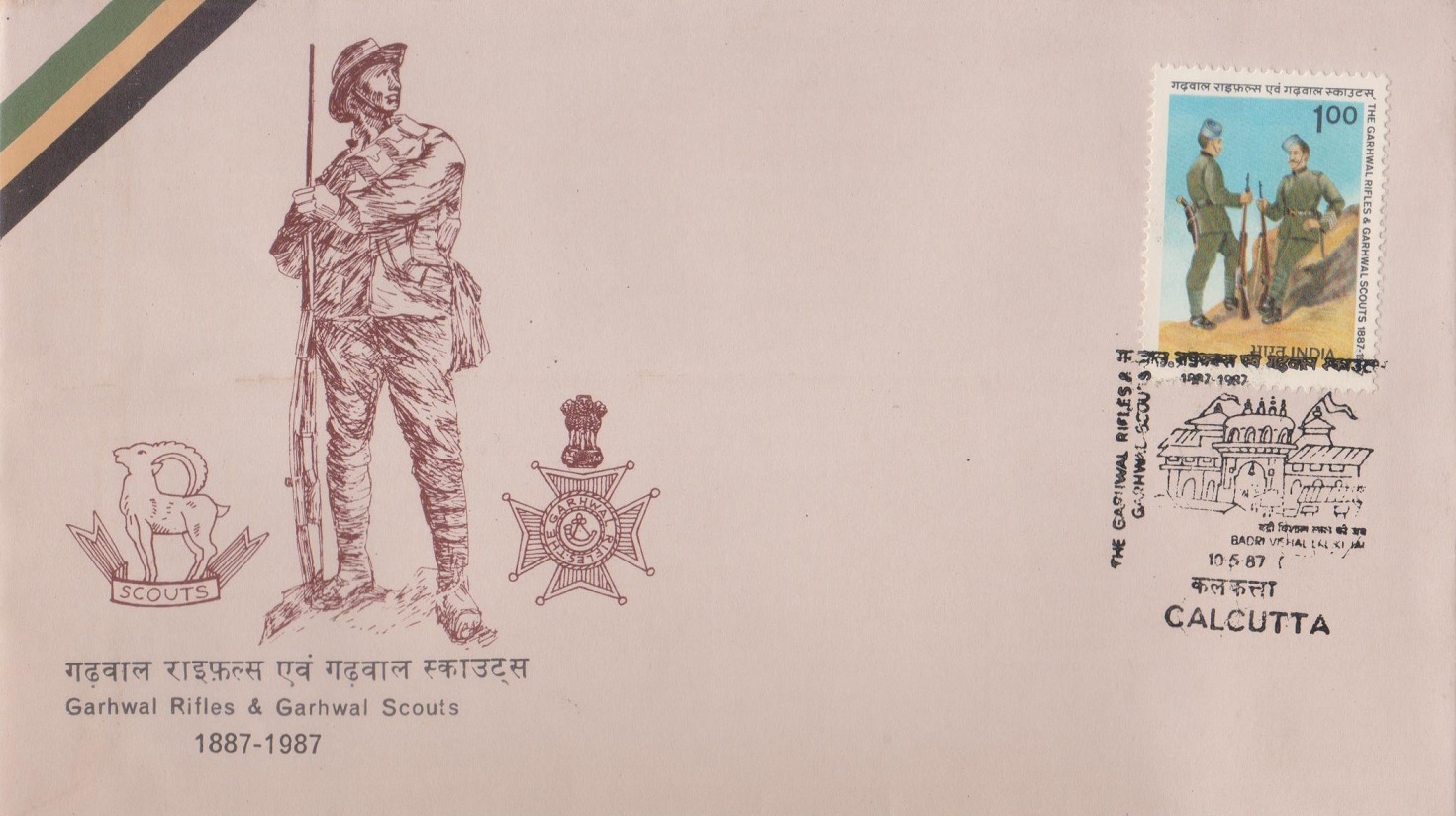 Issued for : The Department of Posts is happy to issue a commemorative stamp on the centenary of Garhwal Rifles and the Garhwal Scouts.

Description of Designs : The 100p Multicolour stamp has been designed by India Security Press, Nashik Road based on the design given by the Garhwal Rifles. The Cancellation has been prepared by Mrs. Alka Sharma.