A commemorative postage stamp on the Centenary of the United Theological College (UTC), a seminary founded in 1910 in Bangalore, Karnataka, affiliated to nation’s first University, the Senate of Serampore College : 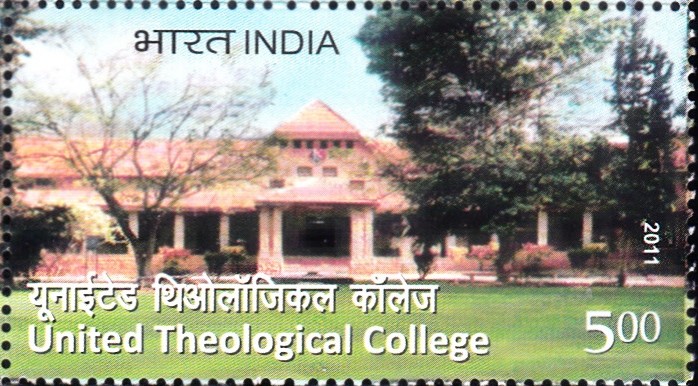 Issued for : UTC is on the threshold of its centenary celebrations. India Post is happy to issue a commemorative postage stamp on the United Theological College.

Stamps Printed : 0.4 Million (0.3 Million for normal distribution, 0.1 Million for Bangalore Bureau to be delivered to the proponent)